The Promising Dragonball Fan Tribute Film Gets a Teaser This February 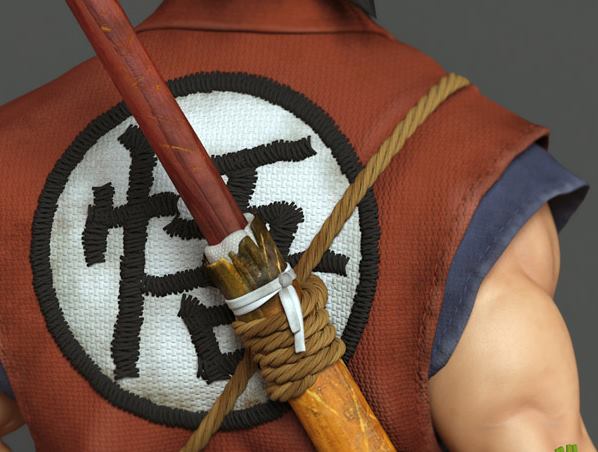 The Promising Dragonball Fan Tribute Film Gets a Teaser This February

Whether you rock out to “Rock The Dragon” or nod your head to “Cha-La Head-Cha-La,” there’s no denying the near-universal appeal of Dragon Ball Z, especially since Dragonball FighterZ is set to release in two days and already has a power level of over nine-thousand (positive reviews). But, I’m not here to talk about a great game made by skilled game developers. No, I’m here to discuss a fan tribute film created my talented filmmakers that, after two years, is almost ready to release a new teaser trailer.

Back in 2015, a team of animators and artists from around the world gathered under a common flag: their love of Dragon Ball. And these aren’t newcomers to the animation industry either. Chief among the team’s numbers is Alexander Snow, a talented animator who has worked on films such as Hotel Transylvania, Big Hero 6, Zootopia, and Guardians of the Galaxy Vol. 2. Joining Snow is Danilo Athayde, a character artist at Naughty Dog, and many, many others. So, yea, the fan film team has more than enough experience to create a great movie.

Of course, star power isn’t enough to sell a premise, so to wow audiences and bring them on board, the filmmakers published several teaser images and rough animation videos of the series protagonist Goku. Oh, and an absolutely terrifying teaser video of Majin Buu (or, as any fan will point out, Super Buu):

As you can tell, the characters on display are expertly animated and show off plenty of emotion. And here’s the kicker: these videos were made before the likes of Snow joined the project. We can only imagine how much the animation has improved since 2015. But, we don’t have to wait much longer, because earlier today, the official tribute film’s Twitter account was updated with the following message:

Release Date for the next teaser is imminent! First or Second week of February. Stay tuned!

To say I’m excited is an understatement. The first or second week of February? Let’s hope so, since, according to the project’s Facebook page, the trailer has been rendering since July.

The Dragon Ball franchise has a bit of a love-hate relationship with movies. The show and manga, minus the non-canon Dragon Ball GT, are almost universally praised, thanks in no small part to setting numerous standards in the anime and manga industries, but that’s not to say they aren’t the target of well-founded criticism or ridicule, especially when the show spends three hours on a fight scene that only is supposed to last five minutes in-universe. But, movies are a bit of a different matter. Some, such as Cooler’s Revenge, are decent, while others such as Battle of Gods are downright fantastic, but here’s the dirty little secret about those movies: they were all made by people who love the franchise, including series creator Akira Toriyama. The American live-action adaptation Dragonball: Evolution was not, and it was critically panned and a box office (spirit) bomb. Although, to be fair, if it weren’t for that movie, Mr. Toriyama wouldn’t have been enraged enough to return to the world of Dragonball and create Battle of Gods. And Resurrection F. And the new season of Dragonball titled Dragonball Super.

Anyway, every Dragonball fan knew Evolution would bomb due to production stills and trailers that demonstrated a lack of understanding and love of the franchise, especially when leaked images of the iconic Oozaru looked less like a King Kong-sized monkey and more like an orc with horns. But, the upcoming tribute film shows nothing but promise and admiration for the source material. Sure, Goku never tied a gourd to his belt in the show or in the manga, but he’s still unmistakably Goku, from the orange gi to the physics-defying hair.

You can bet I’ll watch the fan film when it eventually releases, which sadly is “a long way off” according to the filmmakers, and so should you. In the meantime, though, I recommend visiting the official DBZ Tribute site for the latest on the project.