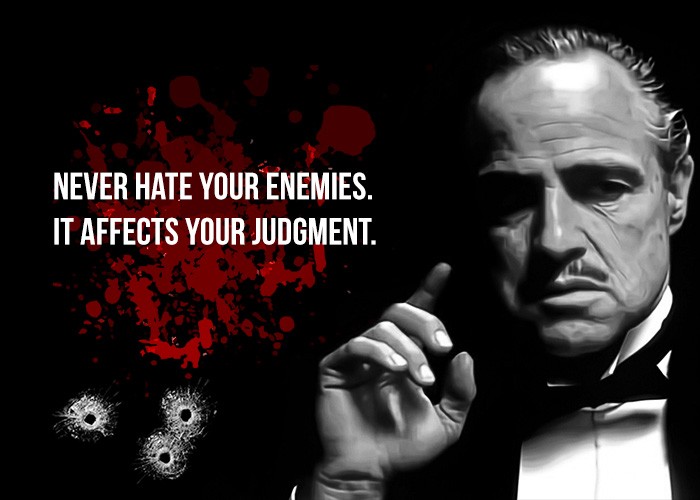 Box office movies are known for their ability to inspire all sorts of wonderful (and sometimes weird) stuff. And movie-themed slots are no exception. Perhaps it is Hollywood’s ability to create universal things which can be implemented in all kinds of objects, games, etc. and attract a large group of people.
Or it could be the ability of gaming software providers to transform a movie into a unique casino game with authentic music and images. Whatever the reason, movie-themed slots are among the most played casino games together with the Greek mythology games like Age of the Gods series. With this in mind, let us take a look at some of the most popular movie-themed slots.

Based on one of the best mafia-related movies ever made, The Godfather Slot provides a unique gaming experience which movie fans will not forget. The five-reel slot game is one of WMS Gaming’s absolute successes.

The Godfather Slot promises players an exciting gameplay based on the classic movie sequence the Godfather. Among the symbols on the reels are a horse head, gold rings, and machine guns. Moreover, the game has a progressive jackpot feature, offers the chance to win big.

Stunning animation and dramatic music is what players can expect from The Godfather Slot’s design. Interestingly, the game features not one, but two different themes – Corleone’s Office, a 25-pay line  game, and My Daughter’s Wedding, a 243-way-to-win game. Once a part of Vito Corleone’s family, players will have to accept offers that they can not refuse. As the game progresses, players will be given challenges by Sony and, upon completing them, they will become able to access the game’s bonus features.

As mentioned above, players can see many of their favourite things from the Godfather implemented in the reels’ symbols. The Scatter symbol is the gold rings – aligned, they trigger the bonus round of the game. The horse head and orange symbols trigger the free spin feature.  As one could expect, the logo of the game is the Wild symbol.

When all five reels land with rose symbols, players should consider themselves lucky – they have won the jackpot – either a progressive jackpot or a 2,500 coin jackpot. To win a big prize, players have to choose 6 out of 9 symbols.

Arguably Microgaming’s best creation, The Dark Knight Slot is another stunning movie-themed slot. Microgaming’s creation features images taken directly from the movie, which makes it outstandingly popular among Batman fans. What is more, the provider has implemented new features in the slot, including Extra Wild Blasts and Super Stacked Wilds. Thanks to the Batman theme and the numerous bonus options, The Dark Knight Slots has become one of the most played slot games of all time.

The Dark Knight slot is a five-reel slot featuring four different progressive jackpots. Moreover, the game provides 243 different ways to win. Even though according to some there are relatively limited wagering options, The Dark Knight Slot features various random cash prizes and bonuses, which boost players’ chance to win big.

It is easy to understand why this slot has become so popular. First of all, it is based on the beloved box office Batman movie, with Microgaming implementing the movie into the slot in an intriguing way.  But the design is not all – Microgaming have made sure the game will appeal to players by introducing four progressive jackpots and a wide selection of bonuses as well.

Should we speak of IGT’s greatest successes, we should definitely mention Ghostbusters Slot: a five-reel game with 30 different pay lines. The reels are set against a background of a cityscape and on them players can see all famous characters from the movie – here are Slimer, the Ghostbusters team, and even Stay Puft Marshmallow Man. Additionally, ghostbusting tools and other equipment represent low value symbols. On top of all, IGT has even implemented the movie soundtrack into its slot game.

Ghostbusters Slot has four unique features: Extra Wilds, Cash Award, Wild Reels, and Multiplier. The Extra Wilds feature is triggered when between 1 and four symbols on the reels are turned into Wilds. As it could be expected, Cash Award feature awards a random amount of money. Moreover, Wild Reels feature is activated when up to three reels consist entirely of Wilds and Multiplier feature randomly adds 5x to current winnings.

Among the unique bonuses of Ghostbusters Slot is the Ballroom Busters Bonus feature, which is triggered when two Bonus symbols appear on the second and third reel along with the Slimer Bonus, positioned anywhere on the fourth reel.

Godzilla on Monster Island is a five-reel slot game with 40 pay lines. This is one of IGT’s games, feautred in the MegaJackpots network, which gives players the chance to win millions of dollars. What players love about this amazing slot game is its captivating design and the numerous winning options available. Here, players can win as much as 50 free spins or multiply their winnings five times. Further, Godzilla on Monster Island Slot has a Multiplay feature which allows players to wager on four different games at the same time.

The game has amazing bonuses as well. For example, the Godzilla vs. the Military Bonus lets players destroy military tanks and helicopters via their touchscreens. Every time Godzilla destroys a hostile, players are awarded free credits. There is also the MechaGodzilla Bonus which allows players to observe a fierce mammoth battle between Godzilla and MechaGodzilla. Additionally, every time a player scores an “Atomic Win”, they are awarded with a scene from the Godzilla movie itself!

Zach RileyDecember 15, 2022
Read More
Scroll for more
Tap
Transfer Files Between Android via Bluetooth
Is there a Game Streaming Platform that can actually compete with Twitch and YouTube?