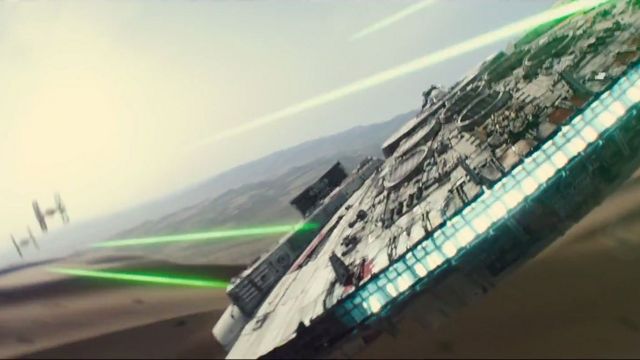 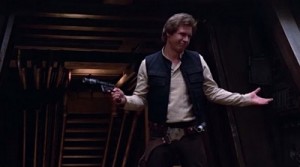 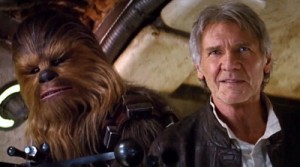 Now is the era of the franchise, and it’s all Star Wars’ fault. Seriously. Since Star Wars and its epic merchandising campaign, successful movie franchises have been Hollywood’s billion dollar octuplets: Marvel, DC, Star Trek, Resident Evil, Fast and Furious, Nightmare on Elm Street, etc. Every studio desperately seeks that golden ticket to boundless revenue. To be fair, some of these film franchises have a lot of life left in them, while others could use a little nap—maybe even a permanent one.

I know what many of you are thinking, because I’m thinking it too: the prequels caused a great deal of trepidation for Star Wars fans towards new film projects. Nonetheless, the J.J. Abrams reboot has caused my heart to swell with a new hope for the first time in over a decade. I wait with baited breath for “The Force Awakens” and its potential to reinvigorate the saga. From there, it’s anyone’s guess. But if Disney (and I can’t believe I’m saying this) can actually pull this off, we could be looking at an exciting new chapter in the Star Wars universe. I’m especially intrigued by the concept of standalone films—films like “Rogue One” which has little to do with the Skywalker clan, but exist in the broader Star Wars universe.

Exception: If Jar Jar Binks has anything to do with the new films, I’m out.

I understand that at least 75 percent of this once innovative series have been utter turkeys, but hear me out. If the rumors are true, and Mr. Barker is exploring a renovated “Hellraiser,” it would definitely pique my interests. After all, it was his twisted vision from the “The Hellbound Heart” (check) that got the ball-gag, er, ball rolling in the first place. Imagine what he has in mind after another couple decades of creative thought and retrospective (after all, isn’t that all creativity sadomasochistic to a degree?). If there’s anyone who can reinvigorate this once-epic and twisted horror series, it’s the man once hailed as the “future of horror.”

Exception: Any sign of a cellphone-head cenobite, Google-glasses cenobite, or Instagram-selfie cenobite, and I walk.

“Beyond The Thunderdome” and its pseudo-religious overtones effectively killed the series. However, 20-plus years later, “Mad Max: Fury Road” has not only revived the story arc, but garnered critical praise for its innovative visual storytelling and unflinching cinematic look at our bleak, not-so-distant future. Similar to what the Star Wars and Poltergeist remakes are attempting, if the Mad Max franchise can hack away the sequel bloat and bring the stories back to their raw action and fun characters, there are a lot of directions that director Miller can explore.

Exception: As much as I enjoy Tina Turner, the Thunderdome must never be revisited.

It’s easy to imagine the initial shock of many fans when the casting news was announced: “Lady Ghostbusters?” And while I admit I was somewhat disappointed by the lack of original cast members, the idea of recasting the series with women struck a chord. The more I spin the actors through a mental centrifuge, the more promising it looks: Melissa McCarthy could be a good Ackroyd foil. I could definitely see Kristen Wiig in the Bill Murray spot. Leslie Jones would make a great Harold Ramis stand in (if only Hollywood was that unpredictable). And, Kate McKinnon could fill Ernie Hudson’s shoes nicely (once again, if only…). Assuming the filmmakers don’t forsake too much funny for scary, which would be a waste with this terrific comedic cast, the remake could revamp the Ghostbusters saga.

Exception: Unless the male GB reboot takes place in some mirror universe, seems like too many toes will get stepped on. That, and Channing Tatum isn’t scraggly enough to be a Ghostbuster. Sorry DC, I know things are going well with “Gotham” after some initial hiccups, but as far as the Caped Crusader’s film career goes, it might be time to hang up the cowl after Christopher Nolan wraps up his series. I’ve always enjoyed the Dark Knight, but most of his best story lines have been run. It will be interesting to see what “Suicide Squad” brings to the table, but Batman himself could use a little cinematic down time. Don’t worry, though, bat-fans. As the second-highest grossing superhero series, it’s likely the Bat won’t be going anywhere.

Exception: If someone puts together the definitive cast and script for Frank Miller’s “The Dark Knight Returns.”

Don’t get me wrong. I love a little hack and slash, T ’n A-laden, gory fun once in a while. The trouble with this long in the tooth horror series is it just doesn’t have much steam left in it. Now I’ll admit, I’d love to see the 13th film in the series made properly with a good budget, practical effects, and a massive body count. However, even since the remake, which made good use of Jared Padalecki, the franchise is still tricking off the same pony. And yes, of course it still makes money. That’s why they’re still squeezing the moisture out of this horror rock. But the time has come to say goodnight to Jason Voorhees—at least until they figure out how to send him to medieval times.

Exception: Assuming someone can whip up a good script, I’d personally reattach the IV for “Freddy vs. Jason vs. Ash.” No foolin’.

Hold your knee-jerk reactions, Trekkers. This isn’t a Star Wars vs. Star Trek thing at all. I was as excited and curious as everyone else when the J.J. Abrams’ rechristening was announced. In all honesty, I really enjoyed the alternate “Star Trek” universe. However, as was evident with both the first film and “Into Darkness,” the new Star Trek films are really more popcorn entertainment—more like “Star Wars.” For me, what made the series a cut above the rest was its thought-provoking nature. Perhaps action is what the series needs to survive in the 21st (or 23rd) Century. Yet, as enjoyable as the alternate universe is (and yes, I caught the sociopolitical message behind Khan), they’ve lost some of the intellectual edge which made the Star Trek great. That and I don’t want to see a sequel where the whales have become Romulan agents hell-bent on destroying the Earth or some goofy crap like that.

Exception: Bring the series back to its brainy roots without losing the action, and you’ve got a deal.

Of course, I’d be the first to admit I’m not a racing fan. Watching things go around in circles or in straight lines was always akin to nap time for me. Still, I can certainly appreciate car culture and the adrenaline rush of speed and danger (for the driver). Of course, without Paul Walker, the series probably should end as such, but we all know how relatively little class Hollywood has when there’s money to be made. Studio execs are also really good at making the same film over and over again. How they manage to do this seven times in a row and continue to do brisk business is a shocker (oh wait, that doesn’t surprise me at all). Whether or not the studio had another couple of these street racing gems lined up or not, with respect to Walker and to general sensibilities, it’s time to put this franchise to bed.

Exception: If they filmed a sequel that further explored the obvious homoeroticism within the series–now that would be a whole different series.

Honorable Mentions: X-Men (they saved the future and the past—we’re all good now), Halloween (see Friday the 13th), Scary Movie (dead horse), James Bond (gritty realism can’t save you now, Mr. Bond. Well, actually it did, but…), Superman, Silent Hill, Twilight (please, in the name of all that’s not sucky).