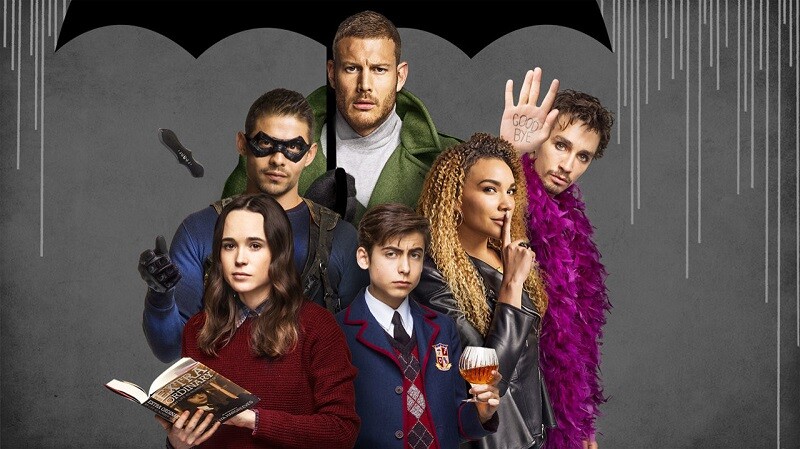 The first season of the new Netflix original series The Umbrella Academy was a big success, and now it has been revealed on the official Netflix page that it has been renewed for a second season. The show is based on the comic book series of the same name, which is written by former My Chemical Romance frontman Gerard Way.

The series follows seven children that were adopted by an eccentric billionaire, and then turned into a superhero team he named The Umbrella Academy. While each of them were originally given only numbers as names, their robot mother Grace eventually named them. They are Luther, Diego, Allison, Klaus, Number Five, Ben and Vanya.

While there isn’t a lot of information yet on the second season, we do know that it is set to begin production this summer and will be 10 episodes. This is the same amount of episodes featured in the first season, with each episode being about 1 hour long.

There are currently three volumes of the comic book series, with the first being Apocalypse Suite and releasing back in 2007. It went on to win the Eisner Award for Best Finite Series/Limited Series. A second volume in Dallas released in 2008, and finally 11 years later a third volume in Hotel Oblivion released last year. A fourth volume is currently in development.

That’s all the information we have on Netlix’s second season of The Umbrella Academy, but we’ll be sure to bring you more as it becomes available.