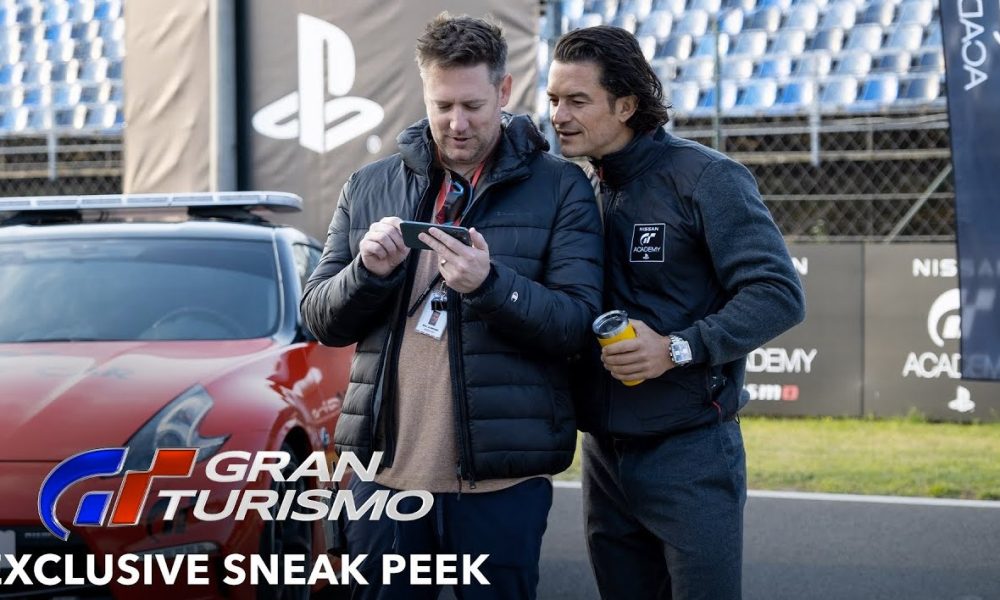 Well, this movie has certainly come together quickly, just like the automobiles the franchise is centered around. In truth, Gran Turismo adaptation directed by Neil Blomkamp has already wrapped up filming and is in post-production ahead of its global theatrical release on August 11, 2023. Do you want to see a brief teaser? To view the trailer, click above.

Orlando Bloom and David Harbour provide some comments in this 60-second clip, which also includes a few brief film snippets. In essence, this is based on the real-life experiences of Jann Mardenborough, who won the 2011 GT Academy competition and later found success as a racing car driver.

In the few photos that were displayed, the cinematography seemed amazing, therefore it is obvious that this would look stunning on a large screen. During Sony’s CES press conference, Blomkamp briefly discussed how he is employing the company’s cutting-edge cameras to not only get stunning close-ups from within the car’s cockpit but also to imitate some of the game’s angles, as shown in the trailer.

Zach RileyJanuary 26, 2023
Read More
Scroll for more
Tap
The highlight of the PSVR2 demo at CES was Horizon Call of the Mountain
Deathverse: Let It Die Will Be Redeveloped After Going Offline
wpDiscuz
0
0
Would love your thoughts, please comment.x
()
x
| Reply