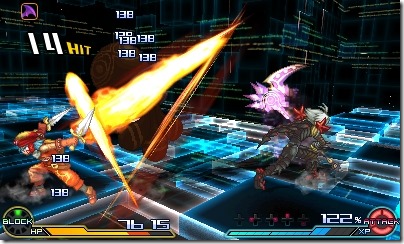 Project X Zone 2, the role playing game featuring characters taken from Bandai Namco, Capcom, SEGA and Nintendo series, is now very close to release in Japan. To celebrate the impending release of the game, the Japanese magazine Famitsu is going to include a huge coverage of the game in this week’s issue.

The Famitsu official website has confirmed earlier today that this huge Project X Zone 2 coverage will include details on all confirmed characters, gameplay mechanics, plot and more. It doesn’t look like the magazine will reveal any new detail on the game but this coverage will surely be helpful for those who want to learn more about the game and its features. Two low quality preview images have also been shared and you can find them right below.

Around ten days ago the Project X Zone 2 Famitsu website has received a major overhaul. The website now includes details on all confirmed playable characters, gameplay mechanics and more.

Last month the Project X Zone 2 Official Website has been updated with new details and screenshots. According to the website, Project X Zone 2 will feature the Crosspedia, which will allow players to learn more about characters’ backstories, gameplay mechanics, terminology and more, and Training mode, where players will be able to practice with all pair and solo units, change the training dummy type and more. As some solo units from the previous game have become part of pair, this Training is definitely going to be quite useful even for those who have played and completed the original Project X Zone.

Project X Zone 2 will be released on November 12th in Japan exclusively on Nintendo 3DS. The North American and European releases will come sometime next year. We will let you know more about the game’s Western release date as soon as possible so stay tuned for all the latest news.