Samsung has had a great few months: it launched the Galaxy Alpha, setting off a chain-reaction resulting in the premium Galaxy Note 4 and then the Samsung Galaxy S6 and Galaxy S6 Edge. But Samsung has other things out there that are just as much high-end as newer releases, the Samsung Galaxy Note 3 being a great example of such a device. Although the Galaxy Note 3 is almost 2 years old, it is still one of the most popular devices from the company and it is still considered to be one of the best Samsung devices on the market.

Even though a rather old device, the Samsung Galaxy Note 3 can still compete with the Galaxy S6 in certain domains, mostly performance. Before proceeding to actually comparing the two devices, I must say this: the Samsung Galaxy S6 and Galaxy S6 Edge are superior to the Galaxy Note 3 in almost every department. But that doesn’t mean that they are fit for a certain type of power user. By power user here I mean persons who use their smartphones for business purposes and for networking purposes. As such, I will try demonstrating something that the Galaxy Note 3 proved to me: it is a future-proof device that performs well for power users. Keep in mind that the camera experience, and features of the Galaxy S6 are much newer and much improved compared to the tech in the Galaxy Note 3, so I will not discuss these differences in-depth, but I will mention them for the sake of giving you a full picture about what’s going on in case you’re not familiar with these phones.

To start off, since we’re comparing performance more than anything else, lets see what the Galaxy Note 3 has to offer under the hood and how that ties into the power user experience many are familiar with. Samsung until the Galaxy S6 practiced a few things that made it popular: removable backs, removable batteries and expandable storage. That practice is valid for the Galaxy Note 3 as well and I consider this an advantage over the Galaxy S6 from the point of view of power users and business users. 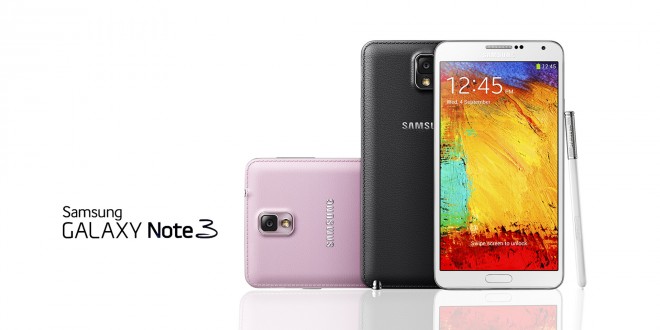 For one, a removable battery guarantees almost infinite battery life, which is something business- and power users value very much. Instead of looking for a charging station or lugging around the wireless charging pad that you had to buy with the Galaxy S6, you can carry spare batteries for the Galaxy Note 3 in your pocket and have the opportunity of quickly switching a dead battery out, saving you a lot of hassle and time. Even though some argue that removable batteries can be a hassle and a hazard, fact of the matter is, they’re more efficient when it comes to quickly getting extra battery life when you most need it. That’s a big advantage that the Galaxy Note 3 has in the minds of power users, and it is one of the features that many enjoy the most about various Android phones, not just the Note 3. Nonetheless, the Galaxy S4 does come with insanely fast charging, which might be a good enough alternative to switching out batteries. The Galaxy S6 will fast charge to completely full in about an hour, but a lunch break of charging can result in a few extra hours of battery life, too, which means that Samsung bypassed the no removable battery choice pretty well. Nonetheless, if you are a traveler, that won’t help you too much if you don’t find power outlets.

Although microSd storage is not the most reliable type of storage in the world, and it sometimes impacts performance, there’s no denying that it has perks. For a power- or business user, it has perks because it allows for easy exchange of data, between persons or phones and safe-keeping of data without having to upload into the cloud. There are people wary of the cloud still, and when it comes to trade affairs and business affairs, it might be more convenient to have such documents stored on a microSD card, but backed up somewhere else.

For power users who are hungry for media, microSD cards represent a way in which they can store music, photos, videos and documents on a mobile storage unit that they can quickly remove or insert in their phones or in other devices with an adapter. Granted, the Galaxy S6 has quite a lot of internal storage available, but it does not have the mobility of the microSD card, which might be a disadvantage in some power users’ minds. Although migrating to the cloud is a good idea, services aren’t completely there yet and people seem to need more time to become accustomed to the idea. That being said, for those skeptical of the cloud, the Galaxy Note 3 still offers a microSD card slot in a smartphone that is still top-notch when it comes to performance.

On paper, the Galaxy Note 3 comes with a Qualcomm Snapdragon 800 CPU, backed by 3 GB RAm and either 16, 32 or 64 GB internal storage. Compared to the Galaxy S6 specs, which include a new Exynos 7420 64 bit CPU, 3 GB RAM and 32/64 and a whopping 128 GB internal storage, the Galaxy Note 3 sounds a bit outdated. But let’s not forget that performance cannot be deemed exclusive to hardware. The Galaxy Note 3 still has an excellent performance record and with the S Pen Stylus involved, the things you can do with the device are widespread. Since it’s a Note device, it was designed with business and power users in mind, which we can’t say about the Samsung Galaxy S6. Far be it from me to say that the Galaxy S6 doesn’t perform as expected, though. But if we put the two flagships together and look at their price and user experience, there’s evidently a difference, but it’s negligible if you’re looking for a daily driver.

Let’s face it, although of excellent build quality and steaming with features, the Galaxy S6 is more of a gimmick. You can run the same apps and take advantage of the same features on the Galaxy Note 3 as you would on the Galaxy S6. That’s not counting virtual reality, as the screen on the Note 3 is not equipped to handle that kinds of operation. Besides the VR flaw, the Note 3 performance will handle anything you throw at it, be it a year-old app or one that was just released. The Snapdragon 800 handles everything well, and while TouchWiz does impact performance, there might be fixes for that: custom ROMs. But that’s a whole other cup of tea. 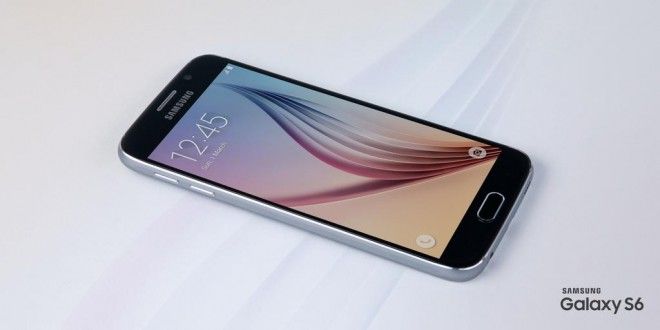 Since we’re on the subject of screens and display, the Samsung Galaxy Note 3 display is a massive 5.7 inch Super AMOLED panel with a resolution of 1080*1920 that adds up to a decent (but not superb) 389 ppi pixel density. The Galaxy S6 display, on the other hand, is smaller and packs a lot more pixels: 5.1 inch Super AMOLED panel with a QHD resolution of 1440*2560 that adds up to awhopping 577 ppi pixel density. Although that sharpness might be good for VR, it doesn’t impact real life use that much. Sure, it looks neat and you can always brag about your phone being the latest and greatest no matter how you look at it, but functionally and practically, it has no actual worth, in my opinion. Instead of churning out a fortune for a smartphone that performs similarly to something you have to pay half the price for, choosing the Samsung Galaxy Note 3 will heed more benefits to the power user and to the business user.

What to power and business users do on their smartphones? They network: a lot of social apps like Hangouts, LinkedIN, Youtube, Topi, Facebook, Messenger, Whatsapp, Inbox by Gmail and many other conference and communications apps. They also do office work: Microsoft Office, OneDrive, Evernote, Todoist, spreadsheets, recording software and a whole array of note-taking and editing apps. They store things: file explorers, total commander, Google Drive, OneDrive, Dropbox, Zoho Docs and collaboration and many more. Power users also enjoy gaming on their phones, and those should not be a problem on the Galaxy Note 3 or the Galaxy S6.

As such, if you look at it from a practical point of view, the Galaxy Note 3 can be the perfect daily driver for a power user with its large screen, stylus functions and very good performance. It would be futile to pay a fortune for the Galaxy S6, since it offers less features that would be necessary to the types of users that we are talking about now. You might disagree with me, in which case, head on down to the comments’ section and let me know why you think the Samsung Galaxy S6 would be worth the extra investment for a business or power user. I am curious about hearing you guys’ thoughts about the matter, maybe I will change my mind. On a personal note: the design of the Galaxy S6 is a lot better than that of the Galaxy Note 3: it looks and feels better, and it’s as premium as they get, which you can’t say about the plastic Galaxy Note 3. If I were to choose something that was going to make me feel pretty, the Galaxy Note 3 wouldn’t be it. Most likely, the Note 3 would sit in my pocket with a blinged-out case on it.

Since performance is mostly out of the way, you can imagine that the rest of the Galaxy Note 3 features are not too impressive compared to the Galaxy S6. Lets take a loot: the Galaxy Note 3 camera measures 13 MP on the rear complete with autofocus and LED flash and 2 MP on the front. It can record 4K video at 30 fps, so that’s a great bonus, while the front camera can record 1080p video at 30 fps, great for video conferences and chatting sessions. The Galaxy S6 camera is a superior 16 MP camera with optical image stabilization, autofocus and LED flash that can record the same 4K video. The front camera is yet again a better 5 MP camera which can record 1440p video at 30 fps, so that’s definitely an improvement. Although the Galaxy S6 camera is way better than the Galaxy Note 3 camera, the latter still delivers a very good photography and video experience to the user. In my mind, it’s enough for someone who does not focus on their camera performance more than they do on actual performance.

As a conclusion, please keep in my mind that this is a personal opinion coming from someone who has chosen the Galaxy Note 3 as a daily driver, and liked the experience. Although the Galaxy S6 would make an equally good daily driver, it lacks a few features that are necessary: removable battery and microSD card slot. The larger display of the Galaxy Note 3 is also a plus, lets not forget about that. But if we go over every detail and converge at the price, the decision seems clear to me: the Galaxy Note 3 price currently, for the 64 GB model, is set at $410 unlocked, completely new. The Samsung Galaxy S6 price, however, for the 32 GB unlocked version is set at about $600. Now you tell me: for a business user, would it be better to invest in the Galaxy S6 (for the fingerprint sensor, better display, better camera, premium design, good performance) or for the Galaxy Note 3 (for the removable battery, microSD card storage, larger display, cheaper price, good performance, decent camera) ?