Syberia 3 Review: A Great Game Held Back By Some Major Missteps 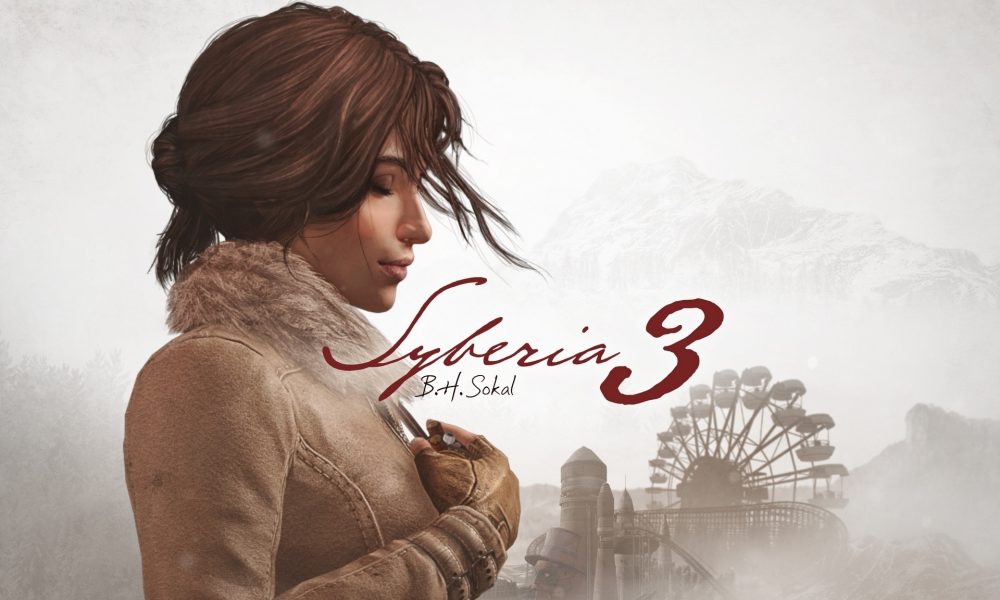 Syberia 3 Review: A Great Game Held Back By Some Major Missteps

Syberia 3 is an adventure game developed by Benoît Sokal, and follows two previous games in the series – aptly named Syberia and Syberia 2. The first two games were released back in 2002 and 2004 respectively, so this is quite a large gap between the previous installments. The gaming market is very different than it was 13 years ago, and the technological progress we’ve seen has been absolutely immense. Does Syberia 3 do the series justice while taking advantage of the new technology and design advancements available in 2017? We take a look at this question in more as we examine the pros and cons of this upcoming game.

I’ll preface this article by stating that I haven’t played Syberia 1 or Syberia 2, so it will be difficult for me to compare this most recent entry, Syberia 3, to its predecessors. Still, the game stands on its own and as a player going in blind I didn’t have trouble getting my bearings in the least.

Like the first two games, Syberia 3 puts you in control of Kate Walker, a former lawyer who left her practice to travel across Europe and Russia. The game starts with a cutscene featuring a gravely injured Kate lying on the shores of a river in a serious winter storm. She’s shortly rescued by the Youkol, a short and stout nomadic tribe of people who nurse the dying former-laywer back to health.

Without spoiling anything or going into too much detail, the Youkol as a nomadic people are reliant on their animals, and several times in a Youkol’s life time he or she makes a trek with their tribe to escort their giant ostriches to the sacred breeding grounds so they can reproduce. Without new snow ostriches, the tribe’s way of life is threatened. For whatever reason, nefarious forces seek to stop the migration by whatever means necessary, and the game focuses around Kate Walker’s struggle to assist her saviors however she can.

Story is the main reason I play a lot of video games. There’s something magical about getting lost in a different world for a few hours and transporting yourself away from the tedium of everyday life. As such, story is an important part of a game for me, and I miss it in games where it’s not central. Syberia 3 is almost entirely about moving the story forward. Everything you do is to advance the journey of Kate Walker and the Youkols and evade / defeat the enemies who are trying to stop you.

There’s also a bit of social commentary included in the game, revolving around the general populace’s disdain and misunderstanding for Youkols and their culture. The world advances and changes rapidly, but the Youkol have been around since the dawn of time and they’re loyal to their traditions. There’s a clash between old and new, reminiscent of modern society’s clash with indigenous peoples. This was a nice touch and I appreciated this aspect of the story.

I really enjoyed the story in Syberia 3. While not as long as I would have liked (The story took me about 13 hours to finish), especially for a game with a $40.00 price tag, it still left me satisfied at the end of the day. Story is definitely one of the strong points of the game, and those who desire a good story will find one here.

Story is well and good, but this isn’t a visual novel. Gameplay is just as, or even more important. Does Syberia 3 provide a good gameplay experience? I’ll say yes, but with a caveat.

The gameplay of Syberia 3 revolved around solving puzzles to advance the story, and that appeals to a specific subset of people. Those hoping for engaging combat in a game will be disappointed here, but I wouldn’t say that’s a detractor from the game as that wasn’t the developer’s intention or goal.

The puzzles are good, but few took me more than a couple of minutes to figure out. The game does a decent amount of hand holding in the form of contextual clues, even with the more “hardcore” game mode selected that provides a more traditional and complex experience reminiscent of Syberia and Syberia 2. Most puzzles have signs or indicators that make the solving process kind of trivial. I would have felt a little more satisfied if I was left to my own devices to figure out solutions to problems, but I know that’s frustrating to some people. 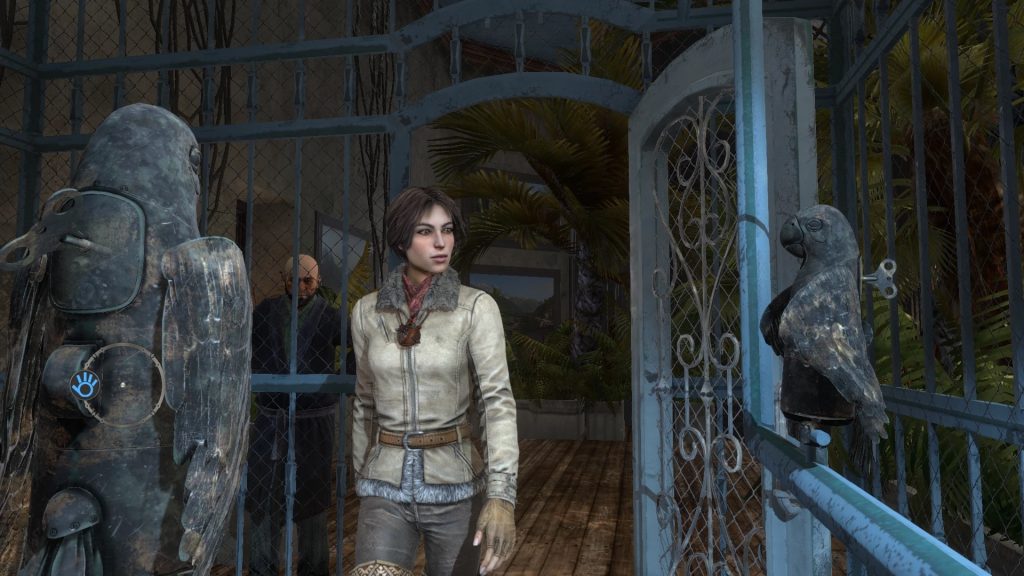 A big problem with the gameplay, however, are the controls. I realize this isn’t a AAA game so it’s important to keep expectations in check, but many small developers manage to accomplish the task of making it easy to control your character. Controlling Kate Walker as she walks around her environment feels sluggish and unresponsive, and I kept getting caught on the corners of objects when I was trying to navigate. Don’t even attempt to play the game with a keyboard and mouse, as that was next to impossible. The game even tells you that a gamepad is “highly recommended” at the beginning, so it’s not like the developer was unaware of this issue. While many players use USB gamepads despite playing on PC, the native controls of your operating system shouldn’t be a huge hinderance. Syberia 3 loses points in this section.

Graphically, the game is pretty beautiful but still looks like a game from a couple of years ago. I don’t feel like that’s a huge criticism, though, as Syberia 3 doesn’t have the budget or backing of huge developers, and we’ve even seen some AAA titles that fall short (I’m looking at you, Mass Effect Andromeda.) I didn’t find the graphics to be a detractor at all, and found myself taking in the scenery for a moment more than once. There are even interactions with a lot of environments that allows you to get a nice 360 degree look at where you are and that’s nice aesthetically (as well as practically, where you’re not quite sure where to go).

With that said, the game suffers from some performance issues even on my gaming PC (Which is only a year or two old at this point). If you look at the gigantic file size for Syberia 3 (Over 40 GB for a 12 hour game) it becomes pretty clear that the game had some issues with optimization. I noticed framerate drops relatively frequently, but rarely to the point that it prevented me from playing effectively. While I was still able to do everything the game had to offer, the stuttering of dropped frames tainted what were otherwise pretty gorgeous environments. 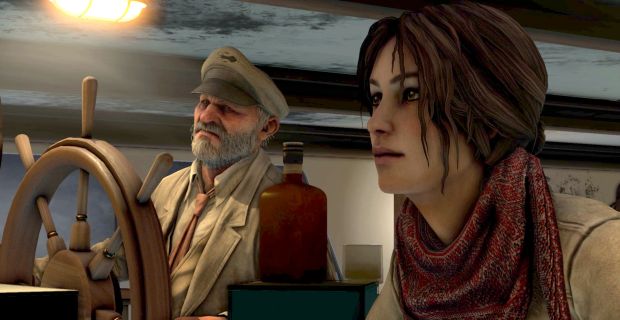 Audio for the game is kind of a mixed bag. Music is a strong point of the game, and I have no complaints at all on this front. There’s some really memorable and beautiful pieces, enough of them that I’d like to get my hands on a soundtrack at some point. Where the game falls short is the voice acting. Kate Walker’s voice actor is honestly not very good. I don’t have the previous games to compare to, but Kate always sounded unenthusiastic, even when she was supposed to be super angry. I would have liked to see some legitimate yelling or frustration, but her angry sequences were just a slightly louder and faster version of her normal voice.

Some of the voices the developer chose for Syberia 3’s characters didn’t make sense to me, either. The doctor at the beginning of the game who looks old and scary had a nice young woman’s voice that did little to build up the character’s personality. This is just one of several examples of some missteps with voice acting, but the most egregious is definitely Kate. As the main character, she’s talking a lot, and I feel like the developers missed the mark with Walker’s voice.

It’s important for me to get a good value out of my games, and while I played Syberia 3 with a key provided by the developer (in exchange for an honest review), price is always an important aspect of a game to take into consideration. Gaming is one of the cheapest hobbies in terms of investment vs enjoyment, but I still feel like Syberia 3 is a little overpriced for what it offers. With the campaign completed in about 13 hours, I feel like the $40.00 price tag is a little steep, especially considering the issues the game presents both with polish and basic controls. I sometimes felt like I was playing an advanced beta rather than a full release, and that’s an issue with the game officially launched in Europe and coming to the US tomorrow.

The developer has been active and communicative on Steam with reassurances that the game will continued to be supported and patched, but it still has to be disappointing to those who dropped $40.00 expecting a polished experience and received a game with some major issues. 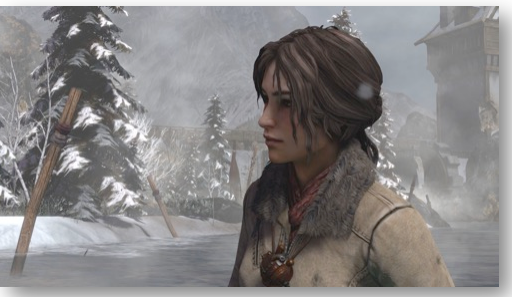 My overall impressions of Syberia 3 is that the game has a lot of potential. A beautiful story, engaging gameplay, and aesthetically pleasing graphics make this game worth your time. However, control issues, optimization problems, and poor voice acting hinder what would otherwise be an amazing experience. The major issues of the game (outside of the voice acting) can be fixed with a series of patches, so it may be worth your while to hold off for a few weeks and see if the developer follows through on their promises to further optimize Syberia 3.

I’d say Syberia 3 is a good buy for those who like a combination of adventure and puzzles in their games. Those looking for a polished experience, however, should wait before pulling the trigger on this $40.00 game.

Syberia 3 is available now in Europe and will launch on April 25, 2017 in the United States. Take a look at the launch trailer included below! 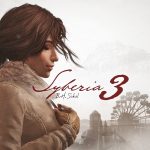 Matt DavisJune 17, 2020
Read More
How Can Bioware Knock It Out of the Park in Mass Effect Andromeda 2?
Did SEGA Just Tease a Vanquish PC Port in the Recent Bayonetta Update?