Scientists say that Tibetans are adapted to high altitude environments thanks to a 8,000-year-old mutation 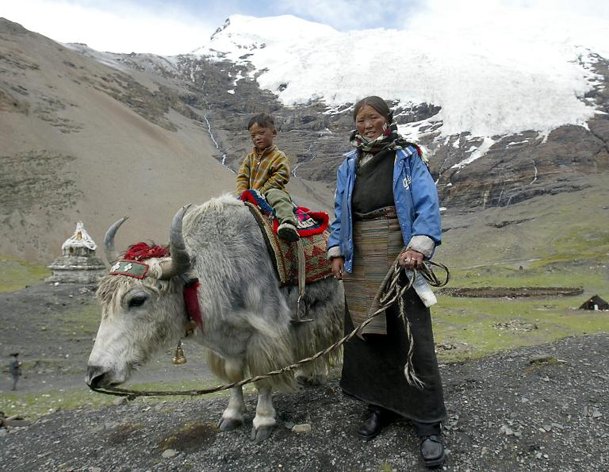 Scientists say that Tibetans are adapted to high altitude environments thanks to a 8,000-year-old mutation

The Tibetan Plateau, an environment where the Tibetans have adapted to live over thousands of years, where others barely survive, has raised curiosity among the scientists from the University of Utah who led a study to find the cause for the genetic adaptation. A DNA change made 8000 years ago contributes to the adaptation of the Tibetans who live is such low oxygen air. Scientists were stunned to see that after taking blood samples they discovered that the gene EGLN1 changed by a single DNA base pair about 8000 years ago and caused 88% of the Tibetans to have the genetic mutation.

“These findings help us understand the unique aspects of Tibetan adaptation to high altitudes, and to better understand human evolution,” said Josef Prchal, M.D., senior author and University of Utah professor of internal medicine. As they continued the study they also found out that the genetic mutation is almost absent in lowland Asians. The advantage of this genetic mutation is that Tibetans do not have the problems associated with high altitude like the others without the mutation have, such as the fact that low oxygen causes the blood to become thick which in the long term can result in heart failure. But there is still much more that they have to study and understand. Perhaps the genetic mutation makes other variations and changes to the body given that they are so perfectly adapted to such high altitudes.

As oxygen is so important for us, a deeper understanding of high altitude adaptations may lead to treatments of various diseases, cancer included. The Tibetans live at up to 4,300 meters altitude and this study made scientists realize that they have something unique to offer to the rest of the world. “There is much more that needs to be done, and this is just the beginning,” professor Prchal concluded.

The mysterious Siberian craters have been given a simple explanation, albeit a very worrying one
Nomophobia is now considered to be the newest disease of the 21st century