The mysterious Siberian craters have been given a simple explanation, albeit a very worrying one 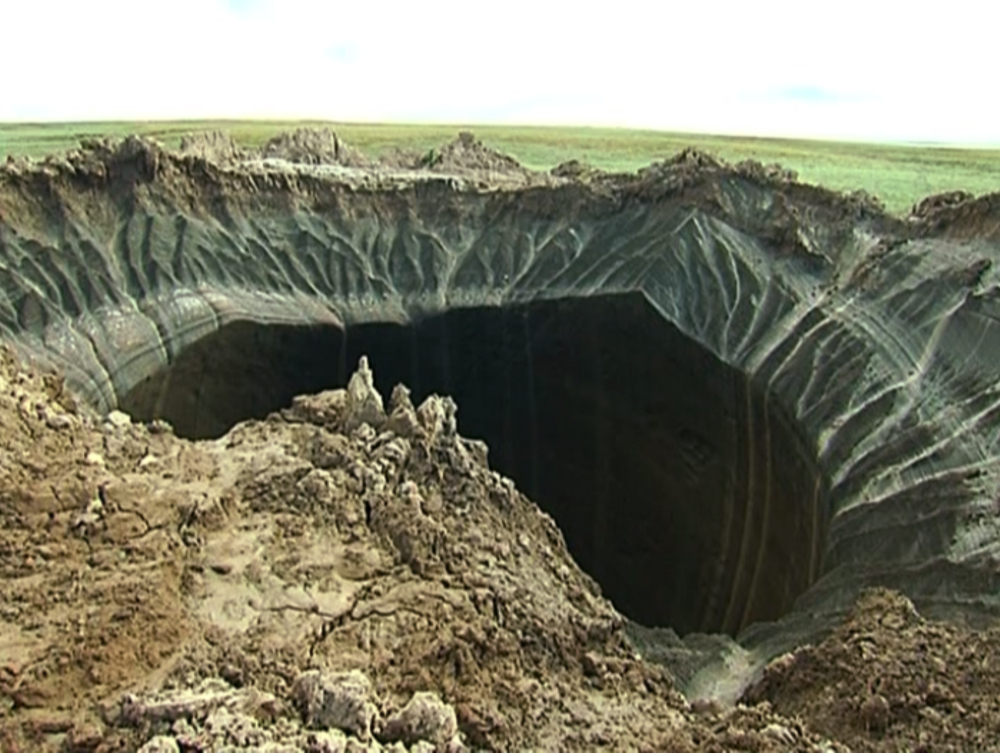 The mysterious Siberian craters have been given a simple explanation, albeit a very worrying one

Back in July, scientists were baffled when a mysterious crater appeared seemingly out of nowhere in the Siberian tundra. Seeing as how no simple explanation could be given at the time, people came up with their own theories in an attempt to make sense of the strange phenomenon. As you might imagine, these theories was rather far-fetched and ranged from things such as comets and meteorites all the way to aliens and giant worms erupting from the ground. To make matters even worse, a couple of new Siberian craters have been discovered shortly after, leading some to believe that this is indeed the work of some supernatural or extraterrestrial force. Naturally, researchers managed to came up with a real explanation in the meantime, but as it’s often the case, people would rather believe in science-fiction than in actual science.

Conspiracy theories aside, the reason behind the sudden appearance of the Siberian craters is not difficult to understand and it is the very same reason that most people have stubbornly refused to believe or simply chose to ignore for the longest time. The reason is global warming. I think it’s pretty safe to say that this subject was never truly taken seriously by the majority of people even though there is evidence all around us. Now, new evidence is showing up and it is just as worrying as the fact that sea levels keep rising due to the melting of the polar ice caps. But while that phenomenon doesn’t seem as harmful given that it’s apparently still occurring at a rather slow pace, this new one is downright violent and seems to be happening spontaneously and at random.

But what exactly is causing the Earth to literally explode? Well, researchers say that the unusual hot summers of 2012 and 2013 in the crater area have thawed the permafrost beneath the earth, which in turn caused the frost to collapse and release the large deposits of methane gas trapped within. Methane is a highly flammable gas and ignited because of the heat, thus causing the explosions that left massive craters in Siberia and elsewhere. That’s right, the phenomenon was encountered in other frozen regions as well and scientist believe that it will keep occurring even more often in the years to follow. This is very dangerous to us because high concentrations of methane are about 20 times more damaging to our atmosphere than carbon dioxide. This means global warming could accelerate exponentially in the future if this keeps happening.

As for the craters themselves, they pose little direct danger to human populations at the moment as they seem to be happening in remote, generally uninhabitable areas. However, they can cause serious damage to natural gas pipeline, which coincidentally are quite numerous in the region. Unfortunately there’s not much we can do to stop the craters from occurring given that it’s rather difficult to even predict where the next one will hit. The best thing we can do is try to spread awareness about the fact that global warming is very real and human activity is causing severe climate change. Needless to say, this is very detrimental to us all so hopefully we will be able to come up with a solution to reduce the danger we pose to the planet as well as to ourselves.

Matt DavisMarch 24, 2015
Read More
Scroll for more
Tap
Scientists say that Tibetans are adapted to high altitude environments thanks to a 8,000-year-old mutation