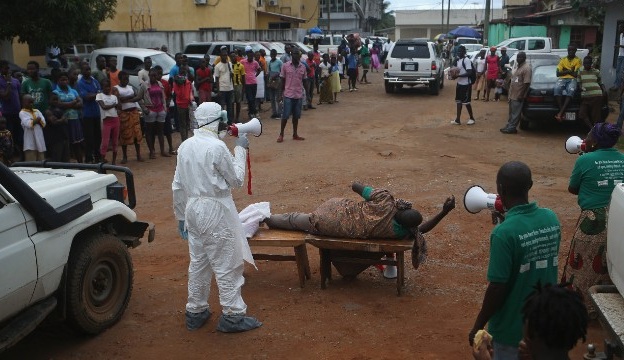 While the deadly Ebola virus is still on a rampage in many parts of Africa, a handful of countries are actually reporting far fewer cases than all the others. As a result, many scientists are now beginning to wonder if the reason for this sharp drop could be related to “herd immunity”, a phenomenon that occurs when a large number of people are becoming immune to a particular disease. There is no solid evidence to suggest that this is indeed what’s happening right now, but what’s certain is that Guinea, Liberia, and Sierra Leone are all seeing surprisingly few new cases of Ebola as of late.

Some researchers are saying that this unexpected development is the result of people coming into contact with the virus and quickly building antibodies that prevent them from getting infected themselves. These are called asymptomatic Ebola cases because the people in question don’t seem to be exhibiting any of the symptoms related to the deadly disease. Needless to say, if a large group of people manage to develop immunity chances are that the virus will eventually have a very difficult time finding new hosts to infect, which in turn means that it will become easier to contain and ultimately eradicate. This is an ideal scenario and it is indeed what seems to be happening at the moment, however, there are some scientists who are skeptical and say that there is not enough evidence to suggest that asymptomatic Ebola cases are even possible.

Indeed, the focus right now is on those who have already been infected. not on those who are able to remain healthy despite having been in contact with the virus. As it stands, it’s difficult to say for certain if herd immunity is what’s causing people from Guinea, Liberia, and Sierra Leone to become more and more resistant to the disease. There are some who claim that increased safety measures in these countries is a better explanation for the recent decrease in new Ebola cases, but again, not everyone is convinced. At the end of the day, scientists are divided when it comes to this problem, but most agree that further studies are needed in order to come up with an answer that can satisfy everyone.