Overpopulation will continue to be a problem for decades to come 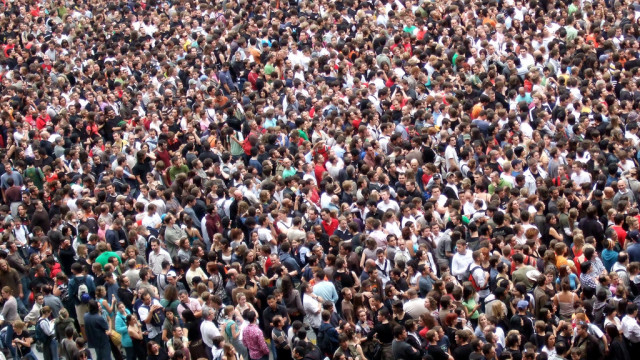 Overpopulation will continue to be a problem for decades to come

Everybody is now talking about overpopulation and how big of a problem it has become. Well, I’m not one to argue with this and I actually have some unfortunate news related to the matter I’m afraid. The latest studies suggest that we’re very unlikely to see a population decline anytime soon. In fact, it would appear that the problem is only going to get worse in the coming decades. According to Discovery News, a new report presented by the United Nations on Monday indicates that overpopulation will continue to be an issue all over the world at least until the end of the century.

The UN reports paints a pretty bleak picture of humanity’s future, with the most optimistic of predictions placing the human population at 11 billion by 2100. At most, researchers expect that no less that 13.3 billion people will walk the Earth at the turn of the century. Talk about overpopulation!. By comparison, there are currently ‘only’ about 7.3 billion souls roaming the planet and I think most of us would agree that we have at least a couple of billion too many as it is. At 13.3 billion Earth would have almost double the number of humans that it does today and possibly double the number of problems as well.

Having said that, there’s also a bit of good news, albeit it does not apply to every part of the world. The report indicates that the population will continue to grow at a relatively slow rate in the US and should reach about 450 million by the end of the century. It seems a lot when looking at the approximately 325 million we see today, however, this growth seems almost insignificant compared to some of the other countries out there.

The Sub-Saharan regions of Africa, in particular, will likely face massive overpopulation problems in the next decades due to “persistent high levels of fertility and the recent slowdown in the rate of fertility decline.” All in all, the human population here is expected to grow from the current 1.2 billion all the way up to a very worrying 5.6 billion. Still, the most overpopulated continent will continue to be Asia where the population will continue to grow steadily until at least 2050 before slightly declining towards the second half of the century.

Dark side of the Moon showcased in stunning images by NASA
Physics 101: What is a black hole and could you survive jumping into one?