Physics 101: What is a black hole and could you survive jumping into one? 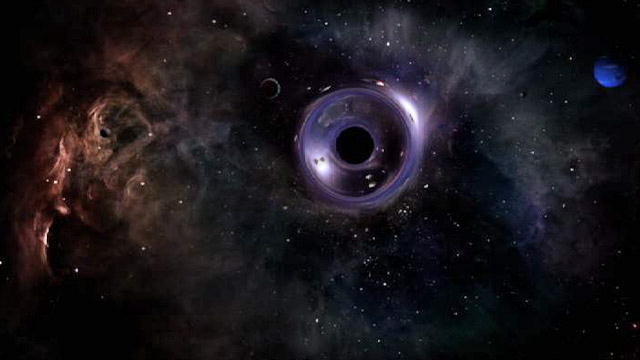 Physics 101: What is a black hole and could you survive jumping into one?

Astronomers and astrophysicists alike have been discussing black holes for many decades now, but it’s thanks to popular sci-fi movies, TV shows and books that the general public started to develop an interest for the mysterious phenomenon. Is it unfortunate that we learn about these things from movies rather than science books? Perhaps, but at the same time, certain forms of entertainment are actually not that bad at introducing people to the wonderful world of science. When it comes to black holes, though, most authors and producers seem to be satisfied with just talking about them and what they can do, but they rarely try to explain what they are. Therefore, I think it’s time to move away a bit from the entertainment industry and hear what real experts have to say about the whole thing.

As it happens, a little girl recently asked Bill Nye the Science Guy (see video below) about black holes and he was kind enough to give a very enlightening response. So what exactly is a black hole? NASA explains that it’s “a place in space where gravity pulls so much that even light can not get out.” In other words, gravity gone wild. Bill Nye further notes that black holes are stars, or rather, what’s left of their gravity after they died. But although all black holes were once stars, not every star will turn into a black hole when it dies. Scientists tell us that a star would have to be extremely massive in order to collapse upon itself into a black hole when it reaches the end of its life.

Think of a black hole as the ghost of a huge star that was too massive for its own good. This isn’t Casper the friendly ghost, however, because black holes try to swallow everything in their path, including light (bonus points for also warping space-time). According to Bill Nye, “one of Einstein’s discoveries was that gravity changes the path of light. It can bend light. It’s just not in our everyday experience. Where we’re in a room like this or where you are there’s not nearly enough gravity to bend light enough to measure, especially with just human eyes. To measure it we usually find objects way out in space of unknown brightness and we see where we think they’re going to be and then where they really appear to be and then we infer or figure out that they’re not where we thought they were going to be because gravity bent the beam of light. It’s amazing.”

Basically, black holes are constantly hungry and they are able to eat pretty much anything, though the feeding process usually takes a lot of time. That brings us to a very interesting question – can you let a black hole devour you and still live to tell the tale? The most probable answer would have to be no, however, there might be a small chance of survival if one were to jump in the correct spot. We’ve seen this in the movie Interstellar where Matthew McConaughey’s character enters a black hole and comes out virtually unscathed. Sure, it seems rather unlikely and the consensus is that a black hole’s gravity would turn anyone into spaghetti if they attempted this, but according to astrophysicist Neil deGrasse Tyson, traveling via black hole might actually be possible. Just don’t aim for the center because “you will surely die.”

The astrophysicist goes on to say that turning into spaghetti could be avoided “if you have a trajectory that does not go through the center.” But even if careful calculations are made and such a trajectory could be found, the person going in would be hard pressed to come back and tell us all about it because “getting out is the hard part.” Naturally, we don’t have the means to even try something like that right now, but it’s interesting to hear that some scientists are not completely dismissing the possibility. As for where you can expect to find yourself if you do manage to survive a black hole, perhaps you go to another place and time, or maybe you end up in a tesseract like McConaughey does in Interstellar. Nobody seems to be able to say for certain right now, but don’t worry because science has people working on it as we speak so expect an answer to come sooner or later.

For more Physics 101 check out our articles on special relativity and time travel.

Overpopulation will continue to be a problem for decades to come
Apocalypse cancelled: ridiculous asteroid rumor shut down by NASA