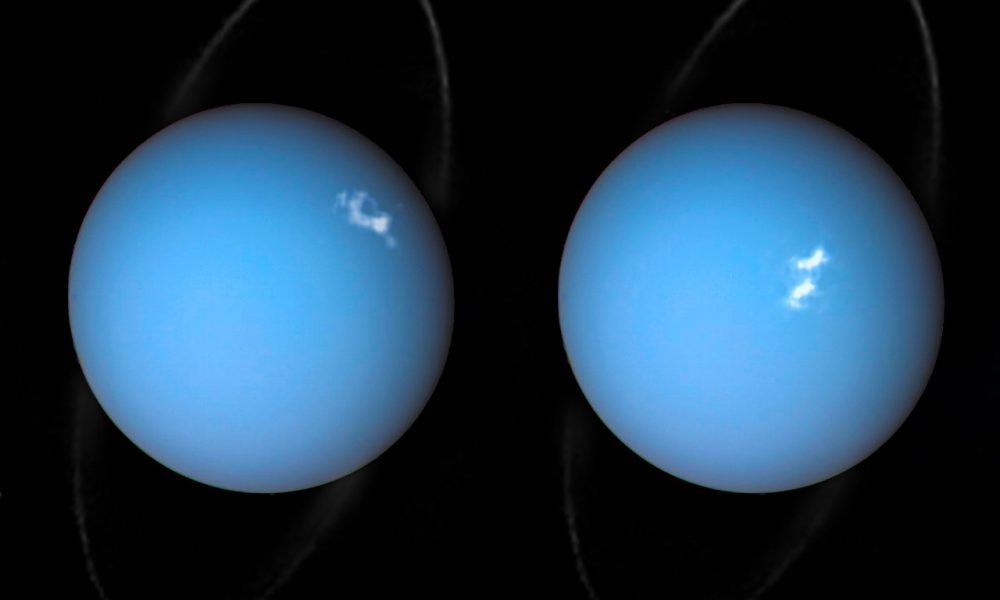 Despite being well into its twenties the Hubble Space Telescope is still taking some pretty impressive photos. This time the Hubble Telescope reminded us all that Uranus is a lot more than a featureless ball of frozen turquoise gas. Composite photos from the Voyager 2 mission and photos taken by the Hubble telescope demonstrate that an Aurora dances across Uranus’ upper atmosphere.

Aurora’s are caused by streams of charged particles, like electrons, that come come from a variety of origins; such as solar winds, the planetary ionosphere, and moon volcanism. These particles become snared in powerful magnetic fields where they are then channeled into the upper atmosphere. Here they interact with gas particles like Oxygen or Nitrogen to produce stunning light shows, much like the Aurora Borealis here on earth. 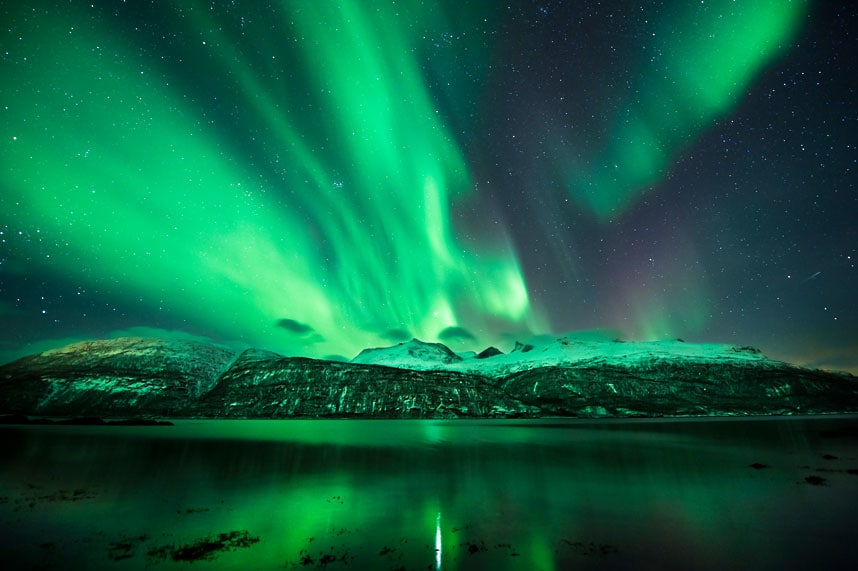 Photo of the Aurora Borialis – The telegraph

The Aurora’s on Jupiter and Saturn are well studied but auroras on Uranus have proven to be a little more enigmatic. In 2011, the Hubble Space Telescope became the first Earth based telescope to catch a glimpse of the Aurora’s playing across Neptune’s surface. In 2011 and 2014 astronomers decided to take a closer look using the ultra-violet capabilities of the Space Telescope imaging Spectro-graph (STIS) installed on the Hubble. 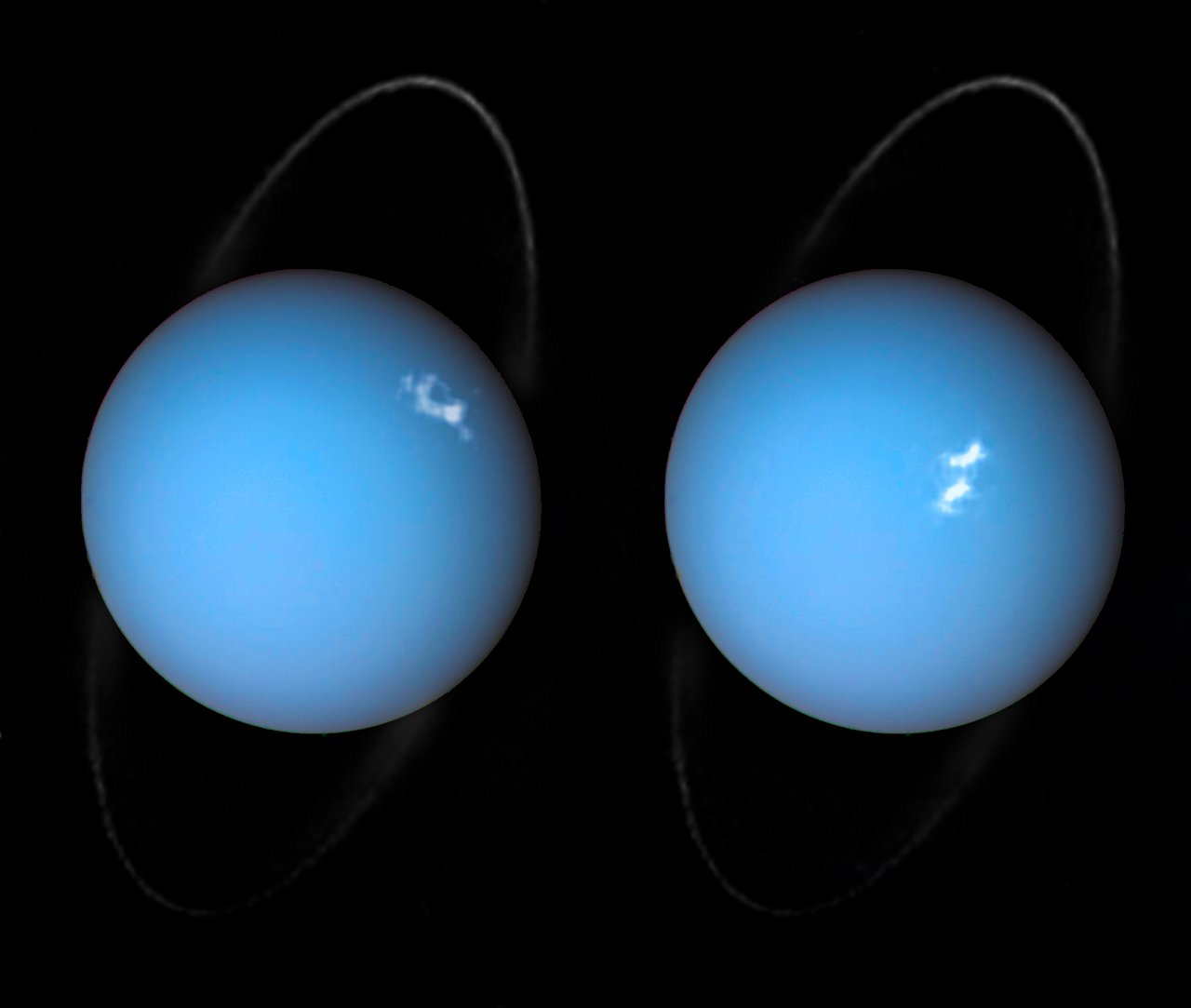 Ever since Voyager 2 beamed home spectacular images of the planets in the 1980s, planet-lovers have been hooked on extra-terrestrial aurorae. Aurorae are caused by streams of charged particles like electrons, that come from various origins such as solar winds, the planetary ionosphere, and moon volcanism. They become caught in powerful magnetic fields and are channelled into the upper atmosphere, where their interactions with gas particles, such as oxygen or nitrogen, set off spectacular bursts of light. The alien aurorae on Jupiter and Saturn are well-studied, but not much is known about the aurorae of the giant ice planet Uranus. In 2011, the NASA/ESA Hubble Space Telescope became the first Earth-based telescope to snap an image of the aurorae on Uranus. In 2012 and 2014 astronomers took a second look at the aurorae using the ultraviolet capabilities of the Space Telescope Imaging Spectrograph (STIS) installed on Hubble. They tracked the interplanetary shocks caused by two powerful bursts of solar wind travelling from the Sun to Uranus, then used Hubble to capture their effect on Uranus’ aurorae — and found themselves observing the most intense aurorae ever seen on the planet. By watching the aurorae over time, they collected the first direct evidence that these powerful shimmering regions rotate with the planet. They also re-discovered Uranus’ long-lost magnetic poles, which were lost shortly after their discovery by Voyager 2 in 1986 due to uncertainties in measurements and the featureless planet surface. This is a composite image of Uranus by Voyager 2 and two different observations made by Hubble — one for the ring and one for the aurorae.

Composite photograph of Uranus, demonstrating the rings and aurora on the surface – NASA

They used the STIS to track two bursts of solar wind from the sun to Uranus, they then tracked the effects of those winds have upon the Auroras on Uranus. The results were stunning. The solar winds prompted the most intense Aurora’s ever seen on the planet. The impressive light show allowed scientists to gather direct evidence that these Aurora’s rotate with the planet. Scientists even managed to rediscover the location of Uranus’ long-lost magnetic poles, which had been lost almost immediately have their discovery by Voyager 2 in 1986.

The photographs also give us a pretty good shot of the rings that encircle Neptune’s equator, just like those of Saturn. Astronomers theorize that the planet was knocked off balance during a collision with an Earth sized planet at some point in its history, resulting in the rings appearing to circle the poles.

If nothing else, the images serve to demonstrate the eerie beauty of the third largest planet in our solar system.

Saul BowdenApril 13, 2017
Read More
A museum in a Metro? Rome puts stunning archaeological finds on display
Ooho: The Biodegradable Water Bottle of the Future with the Weird Name