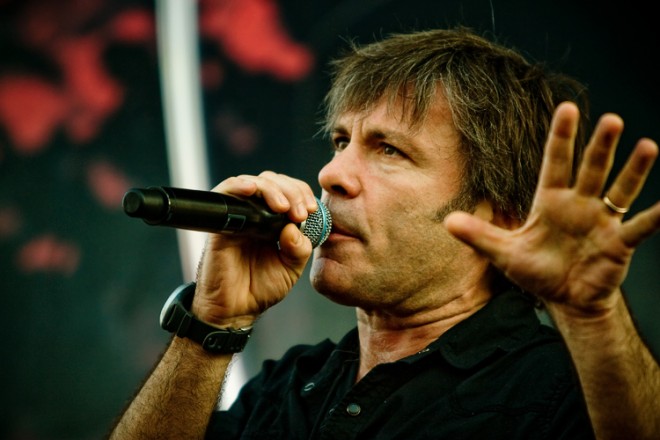 The good news is that after a 7-week course of chemotherapy and radiotherapy Bruce Dickinson’s tongue cancer was completely cured, but the shocking news is that his cancer was due to an HPV infection. HPV is short for Human Papilloma Virus, a DNA virus with over 170 types known, generally transmitted through sexual contact. It is long known that HPV is the main cause of cervical cancer and recently being found as a cause for throat and tongue cancer.

After finding out about the origins of his cancer, Bruce started to raise awareness about the risk of being infected with HPV after oral sex. Because scientists thought that males can only carry the virus, throat and tongue cancer were considered to be formed because of cigarettes and alcohol. He also brought up Michael Douglas’s condition whom a few years ago was diagnosed with throat cancer and nobody believed him when he said it was because oral sex. In the last years there is a 500% increase of this type of cancer recorded in man over 40. Bruce Dickinson said during an interview “They all are. I’m almost willing to bet, anytime you hear about somebody who gets tonsil cancer, throat cancer, lung cancer, whatever it is, if they’re not heavy smokers and they’re not massive, heavy drinkers, it’s almost inevitably (HPV).”

Fortunately, Iron Maiden will resume their concerts in 2016 and some more awareness about HPV cancer was made. The most important step in curing cancer is prevention so women all around the world should take the PAP test (papanicolau test which searches for HPV infections).