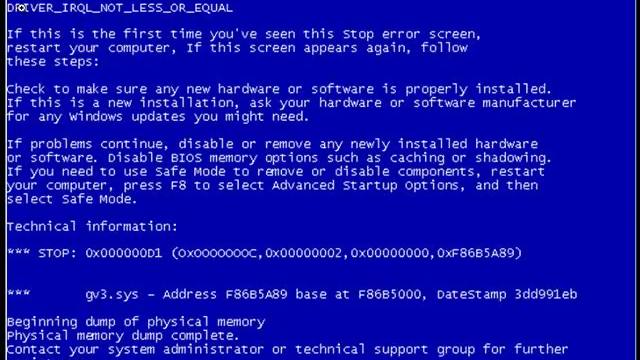 The Blue Screen of Death strikes again as more and more users are reporting the infamous error following the latest Windows update that rolled out only a few days ago. Microsoft is well aware that this is a serious issue and has already pulled the update. The company is also recommending that users uninstall it in order to prevent further BSoDs from happening. The fatal system error is not only annoying, but it also forces your computer to restart or forces you to manually restart it in some cases, which may cause harm to your system in the long run. Several updates are known to be causing problems, namely 2970228, 2975719, 297533 and 2982791, but only the latter and most recent seems to be responsible for the Blue Screens. Microsoft is already taking steps towards fixing the damage done by 2982791 and has stated the following in a recent security bulletin:

“Microsoft revised this bulletin to address known issues associated with installation of security update 2982791. Microsoft is investigating behavior associated with the installation of this update, and will update this bulletin when more information becomes available. Microsoft recommends that customers uninstall this update. As an added precaution, Microsoft has removed the download links to the 2982791 security update.”

These kinds of problems are bound to happen from time to time so all we can do for now is hope that the next version of Windows will remain stable regardless of what updates Microsoft throws at it. Speaking of Windows 9, word on the street is that a public preview will be released either in late September or early October. This preview will reportedly include many of the features expected to also be available in the final build, such as windowed Metro-styled applications, virtual desktops and the virtual assistant Cortana.

Windows 9 rumored to feature Cortana, the personal assistant found on Windows Phone
Windows 9 will have the Storage Sense feature, just like Windows Phone