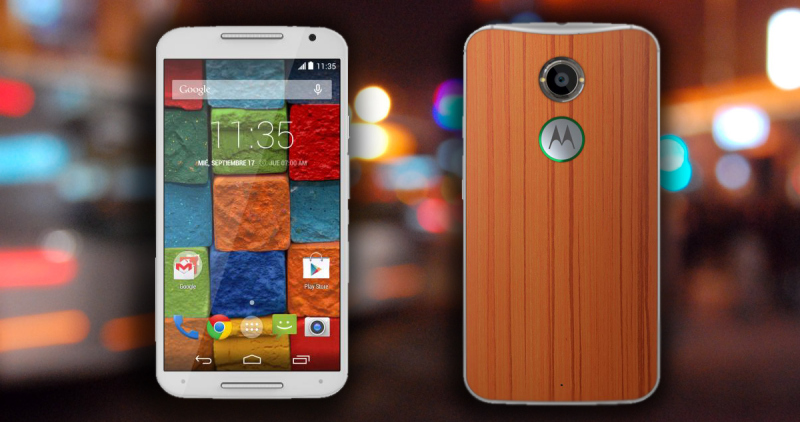 The “Pure Edition” of Motorola’s new flagship, the Moto X 2014 is the unbranded model from the company, which doesn’t have any carrier bloat whatsoever and is running on stock Android. The Pure Moto X is specifically made for those of you who prefer stock Android and don’t approve of bloat-ware. The new Moto X is now receiving a firmware update bringing LTE support to the flagship. The Moto X 2014 was supposed to be fully compatible with various LTE bands, according to Motorola, but when the flagship eventually shipped out to customers not even half of the LTE bands mentioned by Motorola were supported. Originally, the Moto X 2014 was supposed to support LTE bands 2, 3, 4, 5, 7, 17 and 29, but upon unboxing the device, users found support only for LTE 2, 4 and 17. That was a disappointing find because LTE bands 3 and 7 are big in Europe and Asia, so many were left with a sour taste in their mouth.

Motorola has reacted to the issues and is now rolling out a firmware update to fix the LTE support problem. According to the company, the new update will bring support to LTE bands 3, 5 and 7. That’s still not the complete package promised by Motorola, but it’s better than nothing to be honest. The update will be rolling out soon, but an exact date hasn’t been given by Motorola. We suspect that the firmware update for the Moto X should be out by next week. LTE band 12 won’t be supported in the end, even though T-Mobile uses it in some regions. Motorola has also announced that the company won’t be releasing a Sprint version of the Moto X and neither will T-Mobile benefit from a different model other than the Pure Edition Moto X. The Moto X is considered to be one of the best devices from Motorola as of yet, and the company is currently working on a Nexus 6 device to be announced on October 16, as well as a Motorola Droid Turbo handset.

The Moto X (2014) features a 5.2-inch Super AMOLED display with 1080 x 1920 resolution, 424 pixel density and Corning Gorilla Glass 3 protection. Under the hood you will find a Qualcomm Snapdragon 801 quad-core processor running at 2.5 GHz, an Adreno 330 GPU and 2 GB of RAM. The Moto X also sports a 13 MP rear camera with dual-LED flash, 2 MP selfie shooter and a 2,300 mAh battery. The Moto X is available in 16 or 32 GB storage configurations, but there is no microSD card slot at your disposal. Motorola’s latest flagship smartphone currently runs on Android 4.4.4 KitKat, but we can expect it to upgrade to Android Lemon Meringue Pie when Google’s new mobile OS is launched (probably in tandem with the Nexus 6).