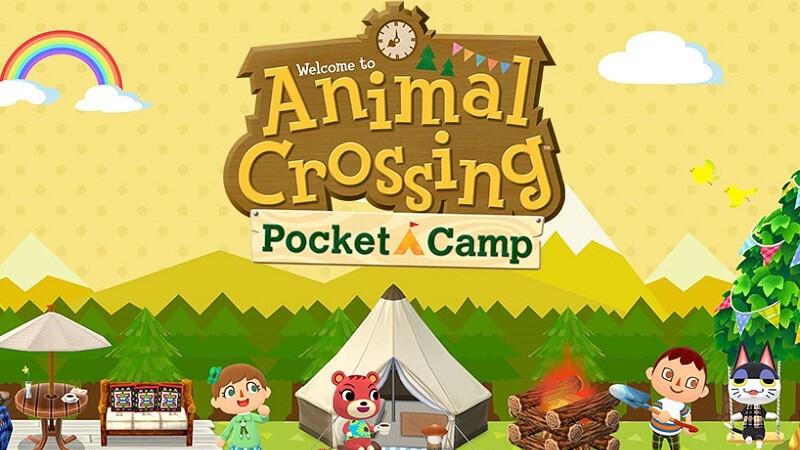 Animal Crossing: Pocket Camp has received its biggest update yet, with the game being brought up to version 2.0.0. and receiving a host of new features. These include the likes of a brand new area on the map called the cabin, as well as big changes to the friends list that makes life a lot easier.

First up we have the cabin, which is a medium-sized room that players can customize just like they can with their campsite or camper. They’ll even be able to invite animals to the cabin, allowing them to liven the place up a bit. You will need to be at level 15 or higher to have access to the cabin, though if you’ve been playing the game since the beginning then you should be well over that threshold.

Next up we have the updated friends list, which has several new tweaks and improvements to talk about. One of the biggest is the new “Fave Photo” feature, which allows players to snap a pic and then feature it on their friends list page. This will allow other players to check out your pics, and may just cause them to give you kudos.

Speaking of kudos, players can now give kudos to other players directly from the menu. This is accompanied by now being able to lend a hand at Shovelstrike Quarry and purchase items from other players’ market boxes from the menu. The total amount of kudos that a player has received is now displayed on Player Information pages, though only kudos that were given after November 27th at 10 PM PST.

A couple of inventory increases also took place, with the maximum capacity for furniture and clothing increasing from 2,000 to 3,000. Also, the maximum capacity for collected items has been increased by 50, which should come as a sigh of relief for players finding themselves having to regularly sell items. Players may also use Leaf Tickets to increase their collected items inventory space by a maximum of 200 slots, which gives notably more breathing room.

The NPC furniture items also got a welcomed tweak, allowing players to be able to display up to four of these items and have the accompanying four animals all show up at the same time. This was previously capped at just one animal at a time, so this is a great improvement. One caveat is that two of the same animal cannot be there at once, so displaying the K.K. Slider chair and the K.K. Slider prize guitar will not result in two K.K.’s appearing.

We’re now moving on to some miscellaneous changes, which have a couple of nice quality of life improvements. Various animal animations can now be skipped by using the new “skip” check box displayed on animal conversation windows. Players can also level up amenities from the Craft menu without having to actually display the amenity at their campsite. All lamp-type furniture will now also turn on at the same time, saving you the trouble of having to turn them all on manually. A number of other smaller tweaks were made to animal dialogue and goals.

Finally, we have arrived at the bugs section. This section confirms that the company is aware of a new bug related to the cabin, which has to due with players being unable to change the wallpaper, flooring or rug if they’ve placed the maximum amount of furniture or clothing in it. Putting away one piece of clothing or furniture should fix the issue for the time being. An ongoing issue with the on-screen display was also fixed.

That wraps up everything that is included in the massive new 2.0.0 update for the game, which should be enough to keep players busy for a little while. Animal Crossing: Pocket Camp is available now on iOS and Android devices.