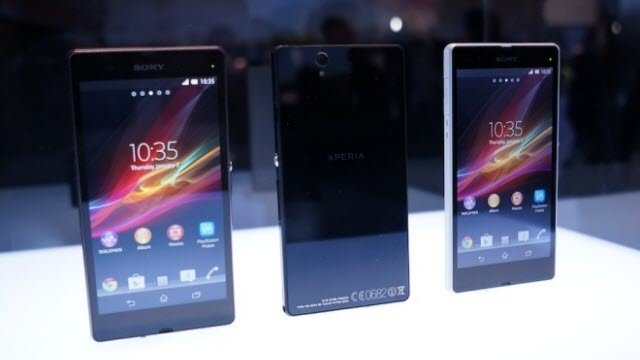 Android Lollipop has only been revealed yesterday, but most of the major manufacturers have already been quick to announce which of their devices are going to get the upgrade. First in line will unsurprisingly be the newly announced Motorola Nexus 6 smartphone and the HTC Nexus 9 tablet. Motorola and HTC both announced that several other of their devices will also get the Android Lollipop treatment in due time after Google releases the final build. Earlier today, Sony also joined the party and said that its entire Xperia Z series will receive the update, although no specific release date was mentioned. However, we already know the Google Play Edition devices will be among the first to upgrade and the Sony Xperia Z Ultra has such an edition.

Thus, we can safely assume that the huge 6.4-inch phablet will be the first Sony device to get Android Lollipop. The other devices scheduled to receive the update are: Xperia Z, Xperia ZL, Xperia ZR, Xperia Tablet Z, Xperia Z Ultra, Xperia Z1, Xperia Z1S, Xperia Z1 Compact, Xperia Z2, Xperia Z2 Tablet, Xperia Z3, Xperia Z3v, Xperia Z3 Compact and Xperia Z3 Tablet Compact. As mentioned, Sony didn’t say when these devices will upgrade to Android Lollipop, but we’re likely to hear an announcement in the near future. As for the Sony Xperia Z Ultra Google Play Edition, the phablet is expected to receive the update sometime in the coming weeks.

Aside from Sony, Motorla, HTC and of course Google, OnePlus also announced that its highly sought after OnePlus One flagship smartphone will upgrade to Android Lollipop. The company says that it will be able to offer the latest version of the OS within 90 days after the final build is released, similar to HTC. Still no word from Samsung or LG but we believe they are bound to make an announcement regarding the matter very soon.