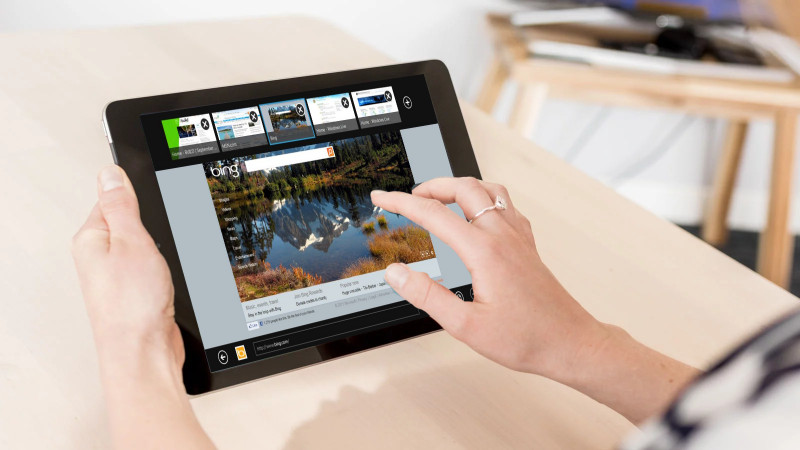 Microsoft’s Edge Browser became available for iOS devices at the end of November of last year. However, this offer was just limited to people who had iPhone devices. Microsoft also promised that the iPad users would get this browser at a later time.

The software maker is now updating its Edge iOS preview app to include iPad support today. As you can imagine, the features in the mobile version are going to be carried over to the iPad version now.

For those who need a refresher course, one of the most prominent features of Microsoft Edge is a “Continue to PC” functionality. This feature allows users to hook the Edge browser to the PC so the page you’re currently on is displayed there.

Edge also includes access to favorites, history, reading list, and eBooks. Since this is the iPad, the larger screen is supported with the obvious adapting of the User Interface. Another feature is the option to switch between a Light and Dark theme.

The main point that should be made about this app is the fact that the iPad version of Edge is only a preview right now. As such, multiple features like the capability of syncing tabs are absent from the current build.

This isn’t a problem limited to the iPad version of the app, either. The iOS and Android versions of the app lack this feature as well. So there’s no possibility of syncing your history and bookmarks between the PC and IOS/Android versions.

However, that doesn’t mean that the feature is downright omitted as Microsoft has promised that these features will be added at a later date. Seems like they just want to play it safe in regards to implementing features one by one.

Finally, the iOS 11 Split Screen Support will also be added at a later date. Users who want to test the app right now can download the preview immediately from TestFlight. The main version of Edge for iOS will be updated to receive iPad support in the coming months.