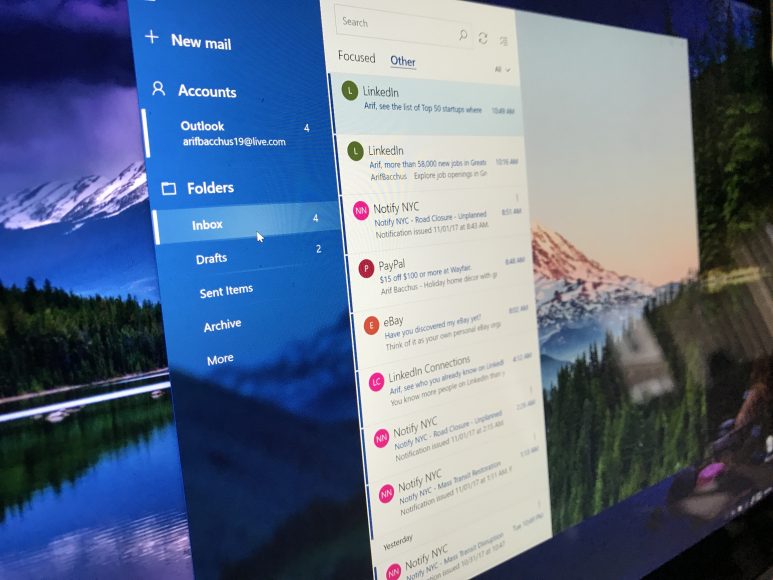 It’s like Microsoft cannot think of ways to implement the Microsoft Mail Service. The software giant revealed today that “we will begin testing a change where links clicked on within the Windows Mail app will open in Microsoft Edge.”

This basically means that “Default Browsers Be Damned” as the application will send you to Edge whenever you click a link from the Mail App. Meaning that you are now better off opening the emails from the browsers themselves at this point.

Much like how the forcing of Cortana upon other users’ throats went. The procedure is basically another ploy to get users from Chrome and Firefox to use Microsoft Edge. Rather desperate if you ask me.

This will come with the testing of Build 17623 of the Windows 10 Operative System. A change that will include various features within its preview. One of the most prominent features is the introduction of a new file type named High Efficiency Image File Format (HEIF).

The major issue I have is the lack of tact the enterprise has shown when pushing its browser. Microsoft really, really wants people to use Edge. To the point where the competition gets often trashed by the developers of the Operating System.

For users who need a refresher course. We have the fact that anyone who wants to switch the default apps in Windows 10 – Namely the Edge Browser Defaults – will get a prompt asking for them to give them a shot.

It’s becoming a desperate measure for Microsoft as a whole and it won’t do them any favors in the long run. After all, if we’ve learned something from other occasions is that a product sells because it’s a quality product.

As such, Google Chrome continues to be unfazed by Microsoft’s desperate attempts to push Microsoft Edge. As it continues to stand on the top of the charts of popularity.

Only time will tell which company will ultimately become the best internet browser.