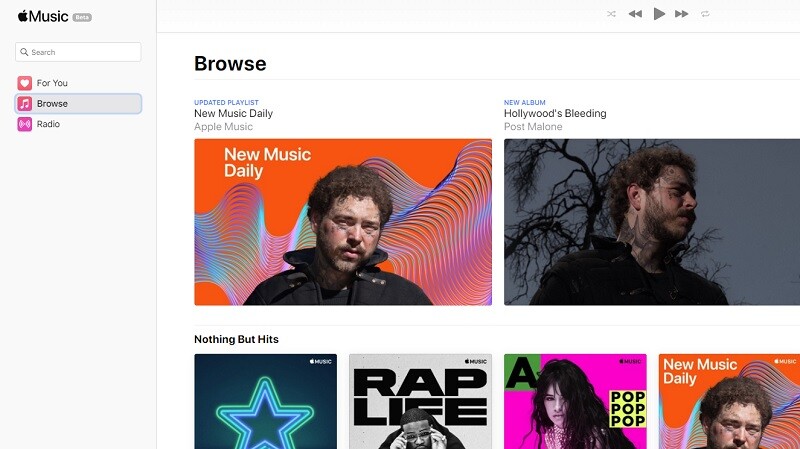 While Apple Music has been an experience that iOS, Mac and even Android users have enjoyed up to this point, there surprisingly wasn’t a web app similar to that of Spotify. However, that is set to change very soon as the company is gearing up to launch the web app in the near future. However, they will be testing it first with a beta period, and this article will let you know how you can access it.

While this beta is indeed for the web application of Apple Music, surprisingly there currently isn’t a way to sign up for it on the web. You will instead have to sign up through iOS, Mac or Android, though Apple claims that this is something that they will be addressing in the near future. If you already have an account then you can check out the web app via the link at the bottom of this post.

As for what you can expect from this beta, you’re essentially getting all of the essentials from your iOS, Mac or Android apps. You have a menu column of the left side of the screen that lets you search for music, along with the “For You” recommended tab, “Browse” tab and “Radio” tab. The interface looks solid so far, though Apple will undoubtedly be tweaking things as they get feedback from beta users.

Apple has not yet announced when the full version of this web app will be available, though it seems like it will be in the near future. We’ll bring you more information on that front as it becomes available.