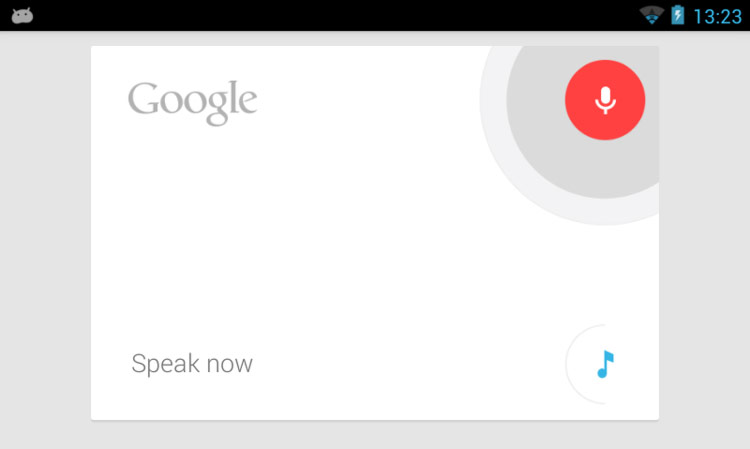 Google Now has been updated over the weekend in order to include a few nifty voice commands that will let you mess with the settings on Android 5.0 Lollipop easily. If you’re a Google services fanatic or if you just love voice commands, you’ll be glad to hear that quick settings can be accessed through them from now on. I’ve never been a major fan of Google Now because it mostly doesn’t understand what I’m saying or what I want it to do, but my phone is sort of outdated. Regardless, it’s nice to see more integration between Google Now and Android Lollipop.

Android 5.0 Lollipop is still not the default when it comes to Android operating systems, but it will be in a couple of months, hopefully. As new features are being added to Google applications around the Play Store, we can clearly notice how support for Android Lollipop among fans is increasing. Even though the release was bumpy, many of those who have installed it complaining about bugs, battery drain, memory leak and the lack of silent mode, Google is working towards making the OS as comprehensive, practical, useful and neat as possible. Material Design is one of the most appreciated traits of Android Lollipop and can be seen throughout Google applications, including Google Now.

With the latest version of Google Now and Android Lollipop, you get a combo of new tweaks that you can make use of and have fun with. If quick settings were not too handy in your experience, you can now access a few of them using Google Now voice commands. It’s actually pretty neat, because you can ask Google Now to turn your Wi-Fi, Bluetooth and flashlight on and off. It’s a pretty short list of quick settings that you can access, but hey, it’s something! If these were implemented, surely the company will integrate more in the future. Moreover, these quick settings are really handy for when one is driving.

Even though Android Lollipop is loaded on merely 1.6 % of devices nowadays, it’s sure to pick up momentum once the MWC 2015 show kicks off, as many new flagships from Samsung, HTC, LG, Asus and more are set to be unveiled at the event in Barcelona. Google Now is an incremental part of Android for many Google services users like myself, so I do appreciate this small addition of tools that I can use, but I’m looking forward to more. In the future, we should be able to change brightness settings, volume settings, location, NFC, airplane mode, control music and videos, get data usage statistics read back to us and more with Google Now, but my guess is a good couple of months should pass until we reach each milestone. Still, I’m rather sure these additions are on their way. What would you like Google Now to do for you in the future?