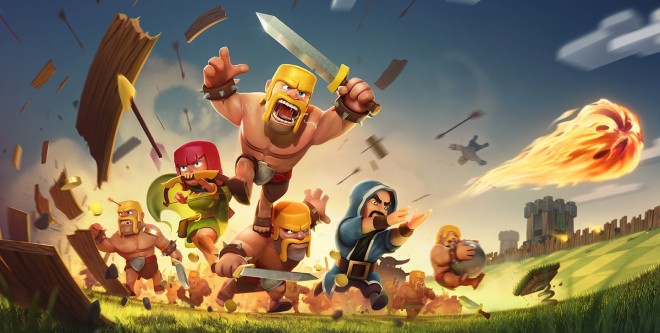 If you have ever wished to banish and fight against creatures from Hell you should try HellFire: The Summoning. A 3D Android game with more than 600 chapters that allows you to become a hero. You can join your friends and start harnessing elemental powers like Fire, Water, Earth, and Death? and control dragons and other mystic creatures in your battles against evil. The game is made by Mobage, it is ad-free and has a lot of live events and downloadable content.

A more family friendly game is Ice Age Village inspired by the famous Ice Age Movies. This game combines city-building with exploring the frozen world for over 200 of new animals and mini-games like Kung Fu Scrat and Sid’s Egg Rescue. You can also virtually check out your friends villages or participate in events made to improve your village. The game has items that can be purchased within the app and this game is made by Gameloft.

Check out your Android hardware capabilities and if you have at least 1 GHz CPU, 500MB RAM and 1.7GB free space you should definitely try Order & Chaos Online. The MMORPG allows you to team up with your friends to accomplish quests and explore a fantasy world. The game has 5 races you can choose between: Elves, Humans, Orcs, Undead and Mendels you can customize your avatar, travel through a well-built world and join a party or guild to fight in the Legendary Dungeons. If you are a World of Warcraft player you will enjoy Order & Chaos Online. This Android game is also created by Gameloft.

The very experienced Gameloft company has created another great Android game that rightfully deserves a place in this top. Racing fans must definitely have to try out Asphalt 8: Airborne because it is one of the best Android racing game that includes high-speed aerial stunts and dynamic performances. The game offers luxury cars, exotic locations and it can be simultaneously played with your friends. The game has amazing visual effects and real-time geometry reflections and can play with up to 12 opponents. Get your dream car and enjoy this racing simulator while defeating your friends score.

One of the best rated Android game on Google Play has reached the 2015 top of android multiplayer games, the renowned Clash of Clans. Although you’ve most likely already tried this game know that it allows you to build your own village and transform it into a fortress. You’ll build up your own army of archers, wizards, dragons, barbarians or any other worldwide known fighters. Join forces with your friends and build the ultimate clan that will win the clan wars. Basically, this game allows you to build your own clan and fight to rule over the Clash of Clans world. The game has been built by Supercell in 2012 and it has remained popular ever since.