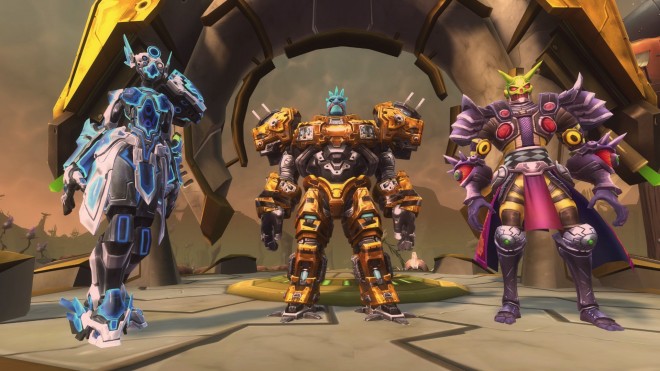 MMORPG’s are one of the most popular game genres played at the moment and that is because they create a virtual life which seems more and more real and attracts any kind of players. Most of the best MMORPG’s aren’t free, but there are some amazing games between the free to play ones, too. That being said here are the Top 5 Free MMORPG’s in 2017:

As a sci-fi MMORPG, Skyforge combines fantasy with combat, focusing its theme on action. It was released on 16 July 2015 by my.com and places its story on a planet called Aelion where players can start as immortals and can become Gods. As key features the game has a multi-class system consisting of 13 classes from which players can choose and switch as they wish, PvP options with 6 up to 24 players and some of the best visual effects there are. Although the story is weak it compensates with different ways you can build your character and its weapon variety. As a free to play MMORPG it succeeds in its unique combat that allows you to unlock new abilities and make you come back to fight some more.

A constantly expanding MMORPG developed by NCSoft takes players to a world called AION where they can choose between 3 races and 4 classes. There are 2 key features that make a player addicted besides the awesome visual effects, one of them is the ability to fly during combat after reaching level 10, although air time is restricted to 1 minute. The other feature is the unique PvPvE system that takes place in an area called Abyss, which divides “The Chosen” represented by the Elyos and “The Fallen” represented by The Asmodians. The fact that you constantly have to fight against other players while considering the dragons who want revenge on both worlds makes the story and the combat even more addictive.

Entropia Universe is one of the few free to play MMORPG’s that use a micropayment system that allows players to trade real money for game currency (PED) and vice-versa. The game itself is expended throughout various worlds from which players can choose and that determine your opportunities in professing. For example, if a player chooses to be a miner he will seek to move on a planet or asteroid where he can find valuable mines (Ore or Enmatter). There are other professions like hunting or sweating that will allow players to improve their money earning chances with experience. But if you are not a patient player, you’ll find this game quite annoying and time-consuming. Basically, through Entropia Universe developed by MindArk players can create a second life, virtually, where they have actual jobs and constantly have to take care of their assets while given the possibility to earn real life money. PS. Don’t go into a contaminated zone with everything you own, people are evil.

What makes Tera Rising stand out among MMORPG’s is its non-targeting system which allows players to directly control their spells and attacks. Traditional MMORPG’s usually use auto-attacks which can make the game quite boring. BlueHole Studio created a game in which players can choose between 7 races and 12 classes. The visual effects are impressive and players can fight in 5-player dungeons or Guild PvP’s. Another interesting feature is an implemented political system where players from a zone can vote for another player to become the Matriarch, who is responsible for setting tax prices on vendors and who is granted access to rare patterns. All in all Tera Rising has the most challenging combat for players as you control every movement of your epic character.

Wildstar was developed by Carbine Studios, who was founded by 17 former members of Blizzard Entertainment and is now under the NCSoft tutelage. Because of the members former employment expect the same style of visual effects as in any game created by Blizzard. Originally the game was released as a subscription-based MMORPG but since 29 September WildStar has become a free to play game. The complexity of the game exceeds even World of Warcraft allowing players to become part of WildStar’s busy virtual world. The characters are divided into 6 classes which can choose between 4 paths. The PvP system is divided into 3 combat modes: The Arena where players engage in 2v2 up to 5v5, The Battlegrounds where larger teams up to 15v15 fight to achieve their objective and The War Plots where teams up to 30v30 control a fortress and organize a war in which victory is obtained by taking control of the enemy’s fortress. Although the Nexus is not as large the Entropia Universe for example, it has many appealing features and feels like an entire universe because a lot of things can happen at the same time, making it a highly interactive game.

Top 5 best Android multiplayer games in 2015
Transformers 6,7 and 8 have been confirmed