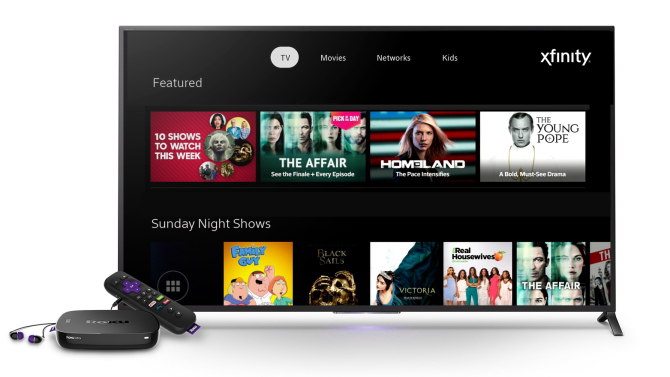 The future of media is in apps, with record numbers of people turning towards options like Netflix and Hulu for their television needs in lieu of traditional options like cable TV. Comcast is seeking to keep up with the times, with the beta launch of their new Roku TV Xfinity App launching today. You’ll still need a cable subscription, but Comcast customers can now watch live and On-demand TV using Roku devices rather than staying reliant on their cable device. This is exciting news, though for now the cable TV will only be available at home with an Xfinity IP. With many subscribers renting their cable boxes, this may also cut down on the monthly bill for viewing on additional TVs.

The beta launch still requires Comcast subscribers to retain their cable box, but when the app officially releases it will no longer be necessary to keep the box hooked up. Customers with DVR services will also be able to use that functionality on the Roku but recording shows to the cloud. A press release from Comast stated that the app will feature an “immersive guide with rich graphics, imagery, personalized recommendations and detailed information for tens of thousands of movies and TV shows.”

There’s no word on the official launch date for the full app besides “sometime later this year”, but as long as you have your cable box you can use all the functionality through the Roku outside of the “ability to rent or buy programming or play back previously purchased programs.”