A Cute New Robot Named Gita Carries Around Your Stuff 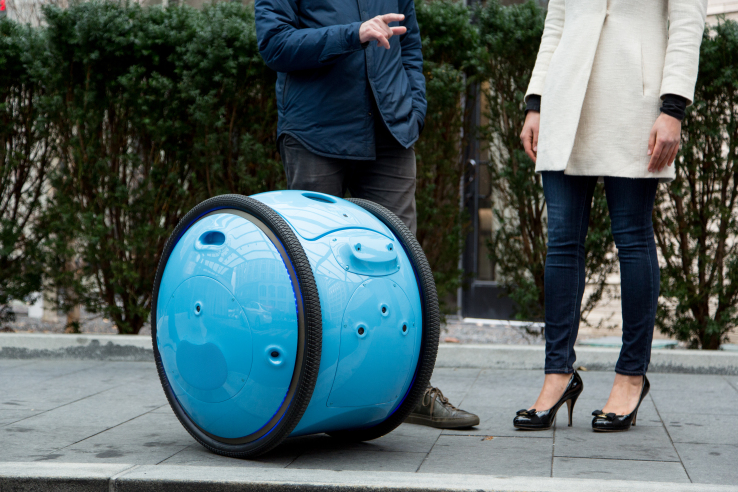 One of the worst parts of lugging stuff place to place has always been dealing with unwieldy luggage. Whether you’re headed down the street or traveling across town, dealing with huge and/or heavy bags always adds a little more of a hassle to the experience. It looks like an adorable robot named Gita might take a little bit of the load off your shoulders, however, as this motorized cargo-carrying robot follows you to your destination. Gita is a new product developed by Piaggio, the same company that produces Vespa scooters.

Gita is a light blue, orb-shaped robot that has the same “braking, balancing and vehicle dynamics that you would expect of a high-performance motorcycle” according to Piaggio, and has a top speed of 22 mph. Gita can follow you to where you’re headed or even navigate environments on its own, according to the company.

In a statement to TechCrunch, Piaggio’s robotics division said that Gita is going to be more about augmenting work that requires a lot of equipment, such as gardening, rather than other aspects of cargo carrying like making deliveries. This may mean that Piaggio’s plans for Gita aren’t as widespread as having the cute little robot help the average joe with groceries. Still, while the situation isn’t nearly as futuristic as a city full of busy people with robots in tow, the idea of a smart little robot to carry around the tools of your trade is still exciting and speaks of a future where robot helpers will be increasingly present.