Xiaomi Mi4 update: all you need to know about bugs 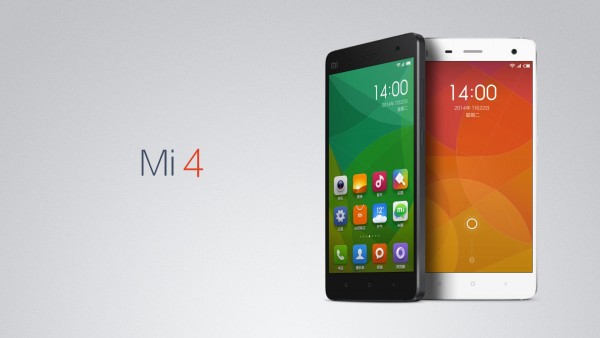 Xiaomi Mi4 update: all you need to know about bugs

The Xiaomi Mi4 is an iconic Chinese flagship from a company that has quickly risen to the top of smartphone manufacturers and has become popular seemingly overnight. The Xiaomi Mi4 was the launch that made this company internationally famous and with good reason: the flagship boats with excellent specs and a very affordable price, which means that it can compete against mainstream flagships from all around the world. Xiaomi has released a new Xiaomi Mi4 update this month and it comes as a massive fix for various bugs, all the while adding solutions to optimize user experience and performance.

Before installing the update, you should check for updates and look for software version MIUM v6.5.3.0 LXIMICD, which is the latest build. Charge your battery and make sure you have a good Wi-Fi connection on hand, otherwise your data plan might be a problem when the bills arrive. Although the OTA should come in with a notification on the Xiaomi MI4, you can also check if it’s available for your device by going through Tools to the Updater Application and checking for software updates.

The Xiaomi Mi4 update is large because it does aim to fix all the bugs and issues users had had with the phone previously, so it’s recommended to install it as soon as you get the notification. One important fix that the update provides is for the Contacts app which proved to be quite annoying to some Xiaomi Mi4 users as they had the UI crash with an error notification when importing contacts from the SIM card. With the update, this issue should be fixed, according to the MIUI software developers.

Another major Xiaomi Mi4 bug that caused many users to turn to support for a fix is the system language bug. Whenever a Xiaomi Mi4 user tried to change the system language, the UI would crash and a reboot might have been necessary to get the phone back to normal. With this Xiaomi Mi4 update, that issue should be solved as developers messed around with the system and managed to send that error on its way.

Moreover, the Xiaomi Mi4 update also fixes a Home screen crash and icon loop issue, and improves one-handed mode a great deal, which is a nice addition. If you had issues with the clock widget and weather information, that should be fixed after you install the update and reboot. Although there aren’t new features in the update, the company did add a new tool that will come in handy: Blacklist. The new Blacklist feature will let Xiaomi Mi4 users tweak the way in which they receive notifications about their blocklist. Moreover, Xiaomi also added icon superscripts and new options for ringtones and vibration alerts when it comes to notifications, so you can customize your experience even better.

This is the first Xiaomi Mi4 update in a while, and the company has hinted at a new update coming in later this Summer. This second update would add much more features than the first did, as the company decided to first fix existing issues and then address creating a more feature-filled user experience. Although a timeline for the new update hasn’t been revealed, insiders tell us that the next Xiaomi Mi4 update would arrive sometime in July, but take that with a grain of salt.