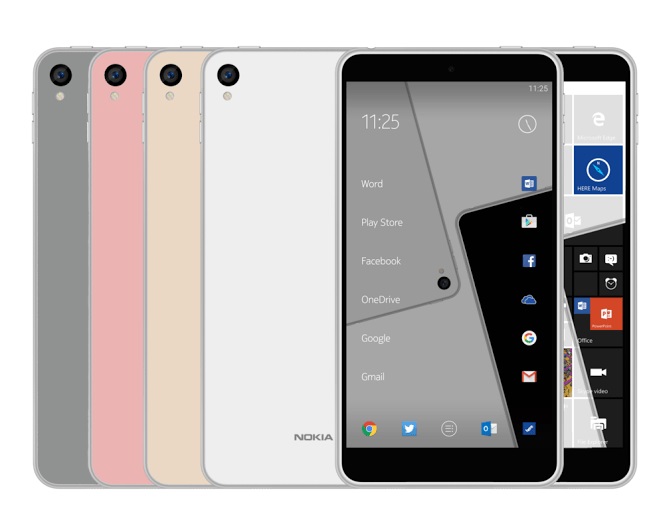 Although the relationship between Finnish legend Nokia and overtaker Microsoft has mostly ended, Nokia are gearing up to market their first independent smartphone launch next year. Although the company has been bound by contractual clauses and cannot release their own hardware yet, Nokia is already working on their next smartphone launch, pegged for late 2016. A new report further details the company’s plans and unveils that Nokia and Microsoft might be continuing their collaboration, although not on a hardware level. Apparently, the next Nokia smartphone to be launched is going to be the Nokia C1 and it will be running on Windows 10 out of the box, instead of Android as previously predicted by industry insiders.

According to Nokiapoweruser, a reputable source for all things related to the legendary Finnish company, the Nokia C1 release date is expected to fall in Q4 2016 and the handset is most likely to be released in two variants. One of the units will be powered by Microsoft’s Windows 10 Mobile operating system, while the other will be using Google’s Android 6.0 Marshmallow in its stock iteration. Nokia has been absent from the flagship smartphone market for the last couple of years, and the Nokia C1 is supposedly going to be the first flagship from the company to kick off a new era in its long history in the industry.

The Nokia C1 is still in its rumor phase, although industry insiders suggest development has begun and leaked images of a supposed Nokia C1 prototype seem to corroborate those claims. The leaked prototype renders also back up claims of the dual release, showing off both an Android and Windows 10 version of the handset. Moreover, tipsters talking to NPU claim that each of these variant will have two of its own, one with a smaller and one with a phablet-sized display. That sounds pretty plausible since most of the smartphone manufacturers on the international market have adopted the two-size launch strategy.

With that in mind, we expect the Nokia C1 to feature a 5-inch display in its base model and a 5.7-inch display on the larger model. However, there are rumors about the smaller variant being the one running on Android and functioning as a daily driver, while the 5.7-inch version of the Nokia C1 might run on Windows 10 and feature a stylus, acting like a competitor in the field of Samsung’s Galaxy Note 5 and LG’s productivity-boosting LG V10 dual-screen smartphone.

When it comes to Nokia C1 specs, we are pretty much in the dark and relying on rumors and speculations at this point. NPU as well as others are pretty convinced that the new devices will be mid-rangers instead of flagships, but our own tipsters are telling us to prepare for handsets that will compete against 2015 flagships from Apple, Samsung, LG and HTC. Whichever the case may be, we are genuinely glad to hear about Nokia getting back in the game, because we’ve missed their presence over the past few years, especially from the flagship segment. What would you like to see Nokia do in 2016?