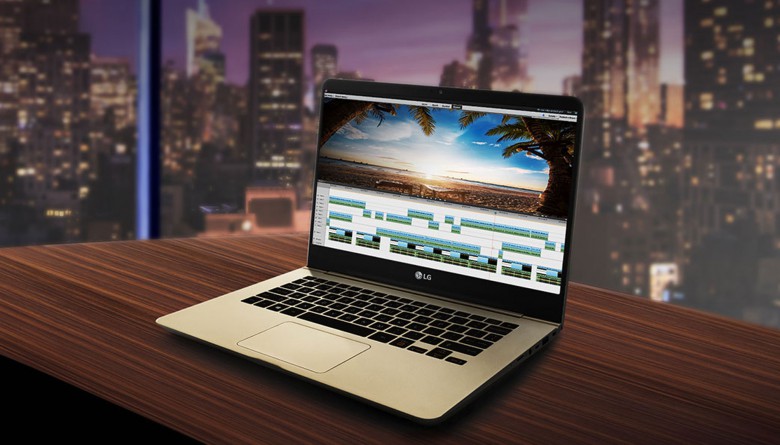 LG did it people, after years of pondering, the company finally did it: the U.S. market is now ready for LG’s new ultrabook, the LG Gram. With the new launch, the company surprised everyone as few expected it to launch a new ultrabook in the United States. Although they had sold their notebooks and laptops previously in other parts of the world, this is their first foray in the industry within the U.S. market. LG has announced the LG Gram last night and thanks to a quick hands-on preview, we can get a pretty good look at the MacBook Air competitor.

LG is placing the LG Gram notebook as a direct competitor to the Apple MacBook Air, as its name suggests. The LG Gram is lighter than the MacBook Air, which is a pretty fine detail for a 14-inch laptop. There’s a smaller 13-inch version also available, but the bigger model is what is most interesting. It competes against the MacBook Air in various departments, even in design and pricing, unfortunately.

The LG Gram 14-inch model weighs just under 1 KG, which is why the company gave it the Gram name, Although it is a bit uninspired, LG has big plans for the convertible. The ultrabook market is quite saturated in the U.S. and with the announcement of the Google Pixel C hybrid device, LG has a lot to compete against. The LG Gram, however, seems to have everything straight, being an ultrabook complete with all the features and design elements that its target audience would like. 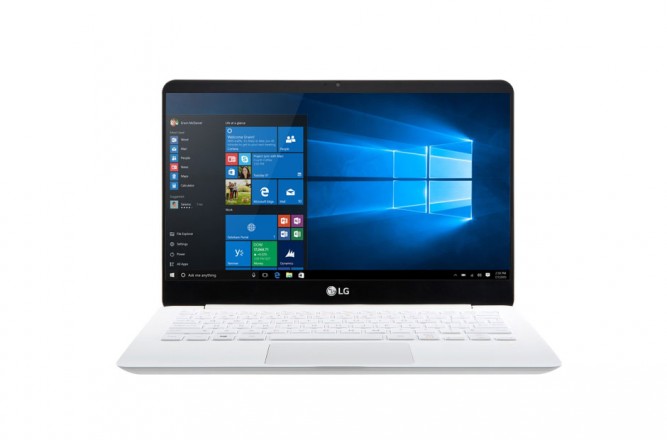 The LG Gram 14 price is set at about $1400 for the high-end model with the Intel Core i7 processor, while the base LG Gram model with a 13-inch display and Intel Core i5 configuration goes for about $900. While those prices aren’t outrageous, they are on the more expensive side of the spectrum. The LG Gram configuration and specs are impressive however and the company has a shot at targeting Apple fans who have become bored with what the company has been producing or those who don’t like the new iPad Pro.

The 14-inch LG Gram with the high-end configuration comes with 8 GB RAM and 256 GB SSD storage, so it’s on par with what the MacBook Air has to offer. It will, however, face serious competition when the Surface Pro 4 is launched by Microsoft, as it is expected to feature sixth-generation Intel chipsets, as opposed to fifth generation ones in the LG Gram notebook line-up.  The ultrabooks don’t have touchscreens, which is a bummer, and their resolution is kind of low as well, so we’re not entirely sure how LG is imagining this to go.

Since the LG Gram is pretty expensive, people will expect high-end features to be included. While there are some, the ultrabook fails to rise to the level of similarly priced ultrabooks. Windows 10 is on board and it offers a pretty great user experience, but the low resolution and high price of the device might put some people off. The lack of a touchscreen might also be disconcerting to some.

One of the forte points of the LG Gram is its design, which is stunning. Made of magnesium almost in its entirety and featuring a force touch track pad in the 13-inch model, the LG Gram has potential for premium. The metallic Champagne Gold chassis that’s similar to Apple’s rose gold looks stunning and the device itself is light, easy to tuse and thin, an ultimate portable machine. Even though it’s not the lightest nor thinnest ultrabook on the market, the LG Gram managed to top the MacBook Air, and that’s saying something.