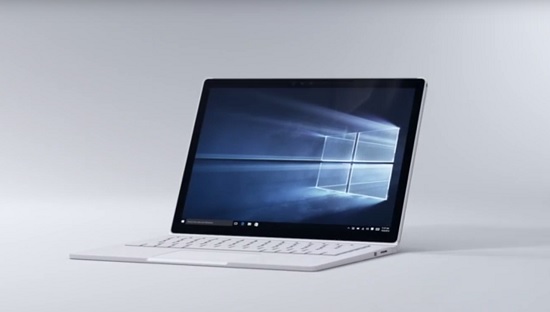 Microsoft has unveiled its first ever laptop, called the Surface Book. The Surface Book will be twice as fast as the Macbook Pro and will have a screen featuring six million pixels. The laptop was announced as part of an event Microsoft was using to announce its new line of smartphones and Surface tablets. The announcement of a laptop came as a surprise, and received a standing ovation from fans present.

The Surface Book is the first proper laptop from Microsoft, with a real keyboard and track-pad (as opposed the the rubbery keyboard that comes with most Surface devices). It’s targeted directly at the Macbook Pro market, for users who want a laptop powerful enough to play a few games or edit some videos. It’s got a 13-inch screen, two processors (sixth generation Intel Core), an NVIDIA GeForce graphics card, and GDDR5 memory.

The screen can also be detached from the keyboard to make the device into a tablet. While that may sound like a turnoff for those after a laptop, not just another Surface Tablet, the Surface Book seems to have a pretty sturdy, and unique, hinge connecting it to its keyboard (see the video below). Microsoft claims this will be the most powerful 13-inch laptop ever made.

The Surface Book will boast 12 hours of battery life and Microsoft says there is no drain at all when in sleep mode. Since the graphics card is located in the keyboard module, detaching it may also increase battery life. It will be available October 26 and pricing will start at $1499.

Microsoft is directly targeting the Macbook Pro market with this new laptop. The Surface Book is quite similar to the Macbook Pro, but pricing starts at around $200 higher for the former. Just check out this handy chart from Tech Insider comparing the two machines. 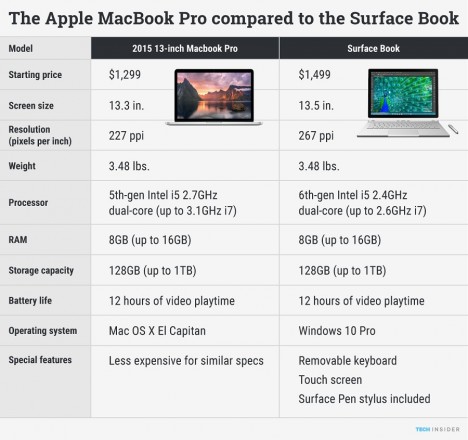 Both machines are similar, but the Surface Pro has the extra features of a touch screen and removable keyboard. It’s also more expensive, but the price difference may be small enough to allow Microsoft to snare some of Apple’s would-be customers.

Xbox One receives a new update from Microsoft
Meet Handmade, the Etsy rival and maker market from Amazon