NASA captures first photos of ice on Mercury with the Messenger 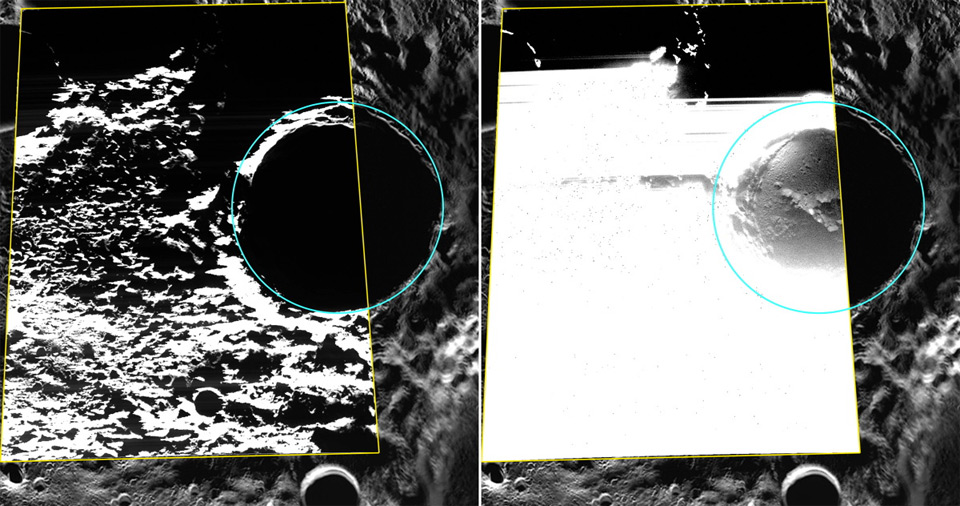 NASA captures first photos of ice on Mercury with the Messenger

NASA spacecrafts have been looking at Mercury for quite some time now, and we’ve known that the closest rock to the sun showed evidence of water ice on the planet. Mercury is the first celestial object from the Sun, so it might be a surprising fact that water ice was spotted by NASA on a planet so close to it. Nonetheless, NASA has been using radars and has recently sent the Messenger spacecraft to do some recon around Mercury, and the spacecraft has successfully sent back photographic documentation to the Space Agency.

The Messenger has been able to take shots of the water ice NASA has been talking about on the surface of Mercury. The Messenger creeped into the Prokofiev crater on Mercury, where NASA thought it would be optimal for the spacecraft to snap photos of the North Pole of Mercury. While the photos made public by NASA will probably look like something unidentifiable to the average eye, we assure you that those who occupy themselves with outer space more than half their time find the new images more than useful. These photographs will be further analyzed by NASA and its geologists and specialists, so that they can form a comprehensive image about Mercury and how the water ice got on the surface.

The Messenger probe was sent out by NASA with the specific purpose of collecting data about Mercury, the closest planet to the Sun. The Messenger has been gathering data about Mercury for the past 3 years, and has finally managed to get some photos of the Prokofiev crater. NASA has found out that the Prokofiev crater is one of the places on Mercury that is completely devoid of light. The NASA Messenger flies at a 28 mile distance from the Sun, and can also observe solar flares and the solar neutrons they create. The Messenger is one of the most advanced pieces of technology developed by NASA and it carries all kinds of detectors and machinery so that it can accurately monitor the outer space environment, as well as send all that data back to NASA headquarters for analysis.