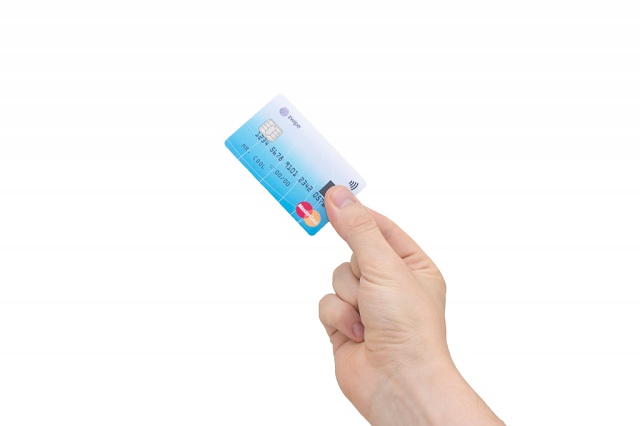 MasterCard has teamed up with Zwipe to offer us the first ever contactless credit card. The card comes equipped with a fingerprint sensor and allows its user to make purchases by just waving it over a contactless payment station. However, one must hold their thumb on the incorporated fingerprint ID in order for this to work properly. While certainly innovative, the new MasterCard might be seen by some as being less secure than traditional credit cards. Luckily, the company assures us that this is not the case as the card features biometric authentication and will only work with a certain fingerprint.

The user must first undergo a fingerprint scan and the scanned data will be stored directly on the card, which means that there will be no need for an external database. In other words, nobody can hack into the database and change the Zwipe MasterCard to work with other fingerprints because there is no database to hack into. And in the unfortunate event that someone steals your credit card, you can at least be sure that the thief won’t be able to use it. Aside from a high level of security, the new MasterCard has other benefits as well, such as convenience for example. Payments will go much smoother and faster seeing as how there is no need to insert any passwords or PIN numbers. The Zwipe MasterCard is scheduled to launch globally next year, but a specific date has not been announced yet.

Apple is also doing something similar with Apple Pay, a new feature that will be introduced with the iOS 8.1 update. Apple Pay also allow users to make contactless payments, but instead of using a credit card they will use their iPhone 6 or iPhone 6 Plus smartphone. The feature will also be available on the iPad Air 2 and iPad Mini 3, although tablet users will only be able to use it for online payments.