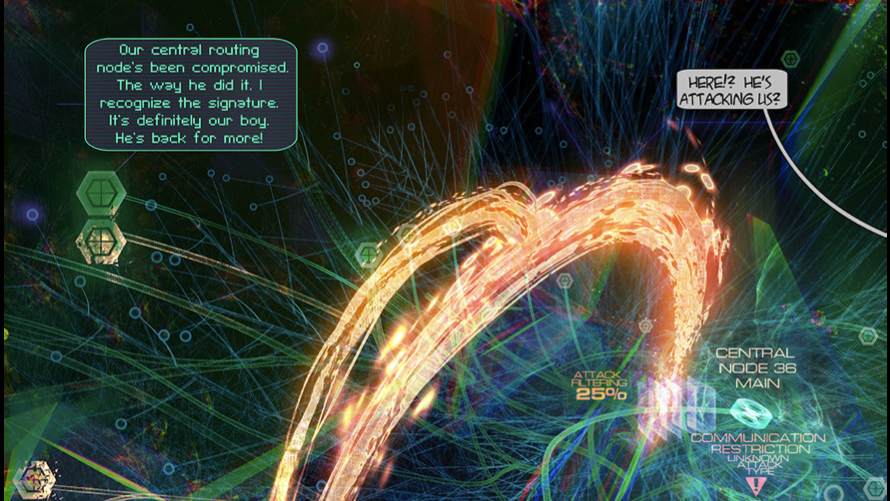 DARPA, or the Defense Advanced Research Projects Agency if you’re nasty, are sort of like the branch of the military where they employ all of the best mad scientists around. If you haven’t heard the name DARPA before, you’re definitely familiar with their work. They’re the group that is responsible for a little thing known as the Internet. With things like the Internet, GPS, and stealth plane technology on their resume you know that they’ve earned their reputation for pushing boundaries and exploring new technologies. Since making geeks like me happy is their forte, it looks like DARPA is going to make a lot of other sci-fi geeks happy with one of their newest projects. DARPA knows that the vast majority of people’s eyes glaze over anytime they see a screen full of computer code. This is obviously a problem if your network is under attack by North Korean hackers and you’re staring into space wondering what your cat is doing instead of combing countless lines of code for signs of trouble. Well, DARPA has taken it upon themselves to solve this problem.

Enter DARPA Project X. Project X is not only intended to create visual interfaces for computer systems, but it also lends credibility to my theory that Bond villains were loosely based on the organization. The ultimate goal of Project X is to represent in such a way visually that it is easy for those who are not computer savvy to immediately recognize when there’s a problem. (Kind of like how you immediately know that something bad is happening when Godzilla is attacking Tokyo.) It is DARPA’s hope that removing the tedious task of analyzing tons of code (programmers rejoice) and making it easier to spot trouble will eventually make cyber security in the US more effective (and much cooler looking!).

How would Project X work? Well, you could visually represent a cyber attack as an explosion or something equally terrible (like Lindsay Lohan) and countermeasures could be visually represented and simply dragged and dropped onto the data breach to resolve it. Then you could wave your hand across a flat panel ala Tom Cruise in Minority Report to resume monitoring the rest of the report. There is also talk of eventually integrating VR technology into Project X which means that Tron style combat could soon be a reality. Get your glowing spandex suits ready, cause cyber security is going to be pretty cool!

Zach RileyNovember 3, 2022
Read More
Scroll for more
Tap
The VR headset: still not stylish just like Back to the Future II predicted
Virtual Reality Glasses from Panasonic, available in… 5 years?