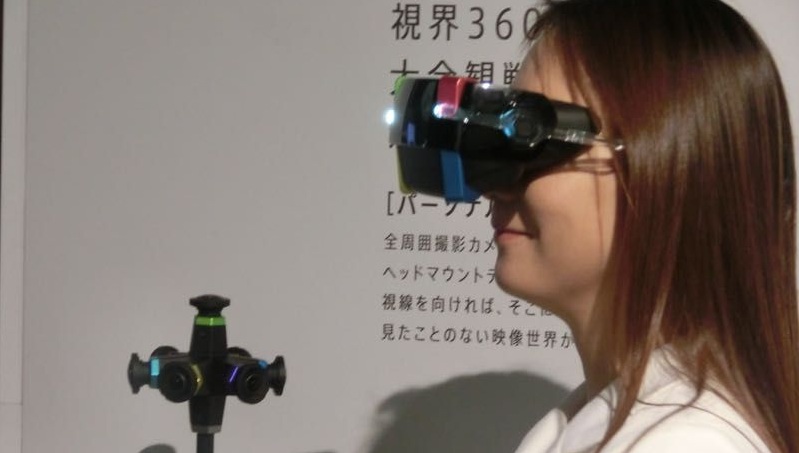 Panasonic is the latest company to announce that they are working on their very own Virtual Reality Glasses. The company presented their prototype which will compete with other rival products like Samsung gear VR and Oculus Rift. But these Virtual Reality Glasses don’t appear to be on the minds of tech analysts.

If you wonder how Virtual Reality Glasses work, imagine ordinary glasses that contain polarised lenses which show two images, one per each eye. These images apper to give an illusion of depth of perception.As an example, if you are using VR for architectural purposes you will be able to view a building in different angles and walk through or around it.  Basically, they behave in a similar way to a pair of 3D goggles.

Virtual Reality Glasses by Panasonic were exhibited last week at a press conference in Japan. The Glasses have a OLED display with a viewing angle of 90° and a frame rate of 75 FPS(frames per second).Panasonic Virtual Reality Glasses are equipped with an omnidirectional camera which has seven image sensors. Also, Panasonic’s VR does not require a synced smartphone to function, unlike Samsung’s VR headset.“The Virtual Reality goggles can be hooked on ears like glasses so that they can be more easily worn than Oculus Rift,” Panasonic said.

Panasonic annouced that the camera device is built for using at the Olympic Games 2020 in Tokyo. They didn’t confirm that the product will be on the market anytime soon. I’m just hoping that they are not going to wait that much for some new details on these VR Glasses. I used to be a pretty big fan of Panasonic audio/video technology and I hope they will not dissapoint us again, as they used to do in these last couple of years.

The newest flying taxi from Wisk Aero features four seats and is self-flying.