Mars One colony suffers delay to 2026 amid funding troubles 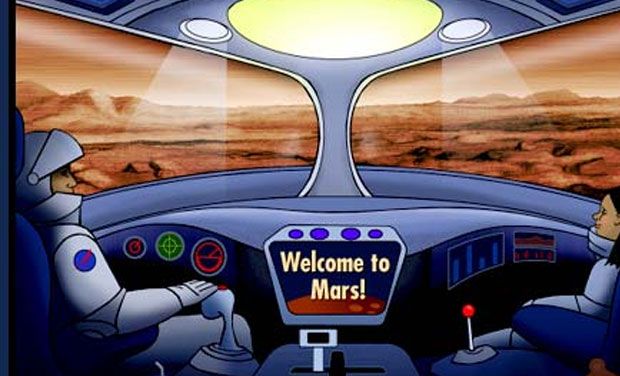 Mars One colony suffers delay to 2026 amid funding troubles

The Mars One Colony Project is going to be delayed a couple of years, which means that the 24 lucky people who will be accepted to be the first people on the Red Planet will have to wait a bit longer for the revolutionary journey. The delay of the Mars One colony project was announced today and the reasons for it seem to be a lack in funding. Investment funding was not as zealous as Mars One had hoped, which has impacted the development of the robotic mission that was supposed to evaluate Mars in 2018, in 3 years.

Bas Lansdorp, the CEO of Mars One, has announced that the robotic mission that they wanted to send ahead of forming the Mars One colony is now delayed, which means that testing the Red Planet’s environment to see how to proceed further with the colonization project will suffer a significant delay and the project will go underway in 2026. According to Bas, the Lockheed Martin unmanned mission to Mars will be delayed by 2 years to 2020.

The Mars One colony project still has a long way to go before becoming a reality. The company still has to select 24 people from the 100 finalists that were selected for the mission. These 24 people will have to undergo harsh training in order to be able to face the conditions on the Red Planet, to be able to resists the excruciatingly long trip there and to be able to work in harsh conditions in order to further scientific research. The Mars One colony will be a timely affair, so to speak, as the company will launch four people every two years, starting 2026.

The Mars One colony selection process was criticized and subject of controversy recently, as Elmo Keep posted a rather critical article on Matter this week. Bas Lansdorp has debunked the allegations in the article, saying that the criticized selection process was done according to policy and in a rightful manner, accusing the journalist of “sensationalism”. Although the delay in the Mars One colony project was unanticipated, the company will handle it accordingly and will be on track with the missions over the next few years.