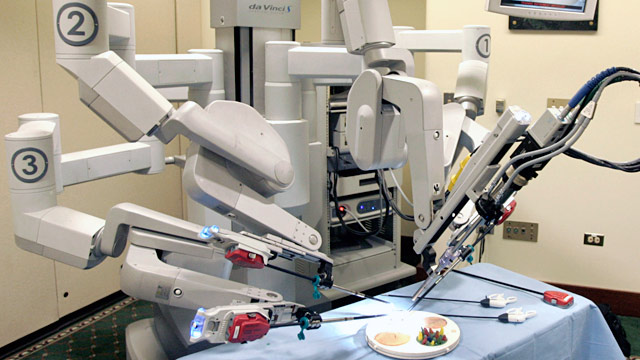 Robotic surgery is often used to perform very delicate procedures that might be a bit too complicated for a human doctor. For the most part people seem to agree that using robotic equipment is safer than tradition surgery, however, that doesn’t mean that there are no risks at all. The FDA is certainly aware of this and has studied the pros and cons of robotic surgery using almost 14 years worth of valuable data. As it turns out, this type of surgery has been linked to a total of 144 deaths since 2000 in the US alone.

Although the results of said study are pretty disconcerting, it’s worth pointing out that roughly 10 deaths each year is not that much when compared to the number of patients killed by human doctors. Sure, robotic surgery may not be 100% foolproof, but at least the equipment is not killing patients on purpose. Unfortunately, the same can not be said about some people such as the infamous Harold Shipman, a British doctor who over a 27-year period reportedly killed around 250 patients and had many others die under suspicious circumstances while in his care.

As for the robotic surgery, the study shows that all 144 deaths and 1,391 injuries came as a result of various malfunctions with the machinery. Some of the most common malfunctions that lead to injuries or deaths include broken pieces of the equipment falling into the patients, electrical arcing, “unintended operation of instruments”, and software errors. Also, it’s unsurprising to see that most incidents occurred during very complicated procedures such as those involving the heart or the brain.

What’s a bit worrying about the whole report is that the number of deaths and injuries has remained relatively constant in recent years. Despite the fact that these numbers are pretty low, this seems to suggest that the situation has not received the proper attention until now. Let’s just hope that someone is working on enhancing the safety aspect of robotic surgery as we speak so that we can all rest assured should we ever need to undergo a procedure that requires us to put our lives in the ‘hands’ of a machine.