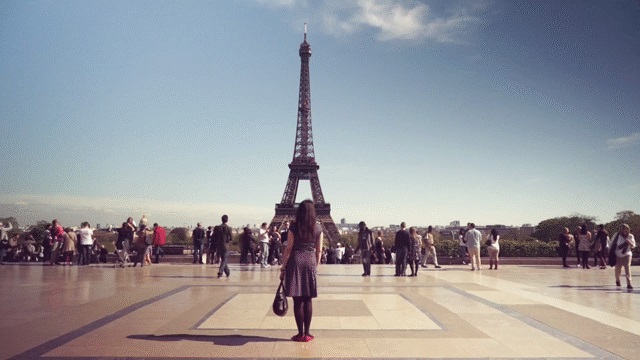 Adobe is currently developing an app that will allow us to snap good pictures of our favorite monuments without having to worry about strangers who unwillingly end up ruining that perfect shot. Entitled Monument Mode, the technology promises to literally erase pesky tourists from our pictures and it’s going to do it in real-time to boot. The technology is still in development and won’t be available to consumers for a while, however, it’s already shaping up to be quite interesting judging by an early presentation that was held in California last week.

The presentation featured none other than actor and comedian Nick Offerman, who was erased from pictures taken by Adobe engineer Ashutosh Jagdish Sharma in order to demonstrate how Monument Mode works. The company says that this technology uses an algorithm that is able to distinguish between moving objects and static ones. In this case, the moving objects are tourists and the static ones are the Tahj Mahal, the Eiffel Tower, or any other landmarks that you may want to capture or camera.

“I’ve come here from India and I really want to take a photo of L.A.’s famous Hollywood sign, but I’ve been finding that very difficult to do,” said Sharma during the presentation. “The problem is other tourists. Whether it’s the Tahj Mahal or the Eiffel Tower, it’s always difficult to get that perfect monumental landmark shot thanks to other tourists who keep moving around and blocking the view.”

There are already a number of tools that allow you to remove people – or any other objects for that matter – from your pictures, such as Adobe Photoshop. However, Monument Mode promises to be the first piece of software able to do it while you’re preparing to take the photo, so there will be no need to go home and edit it afterward.

Having said all that, there is a bit of an obvious problem with this app. Since the algorithm distinguishes between moving and static objects, Monument Mode only works as intended if the objects that you want to erase are in motion. Needless to say, it would be pretty rude to ask other people to move around just so you can delete them while taking a photo. Let’s just hope that Adobe makes some more improvements before Monument Mode launches because in its current form the software is a bit impractical, to say the least.