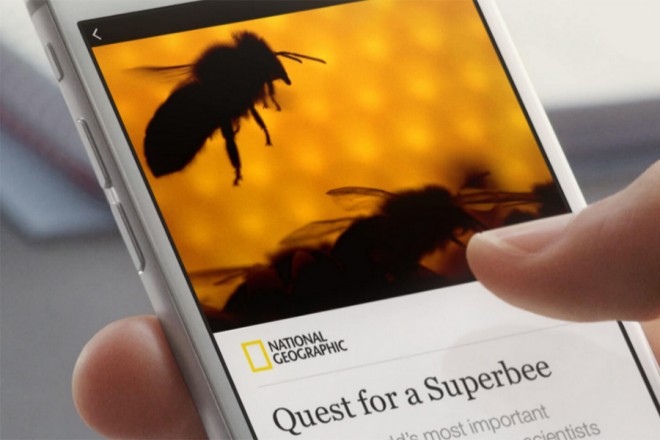 Facebook announced on Tuesday that they are rolling out the Instant Articles feature on its mobile app for more users. This feature allows users to dive into articles, scan headlines and watch news videos on their phone. Also the company says that the feature is especially designed for Facebook mobile readers and the stories load 10 times faster than on the website. It uses the Facebook advertising software which promises better looking layouts and faster loading, to make news more reachable and readable on the move.

“The most important thing we pay attention to is providing daily value,” said Chris Cox, who manages the Instant Articles team “Daily use is something we care about.”

Facebook plans to publish over 1.000 articles per day through partnerships with websites, daily newspapers and magazines, some of the partners are: Time, USA Today, National Geographic and CNET.

The Instant Articles feature of the Facebook mobile app works with all iPhone models, but they are also running tests for it on Google’s Android Operating System. Facebook is making their mobile service more compelling by using this feature. When users tap on Instant Articles which will appear on News Feed, the news will fill the screen instantaneously. Chris Cox didn’t say how many Instant Articles are being shared or read by users and the spokeswoman for Facebook didn’t respond to a request for additional comment.

Facebook has worked for years to develop Instant Articles and to make it function all around the world, on low-end phones and even in poor wireless connection and they managed that by making their Facebook app draw less data.