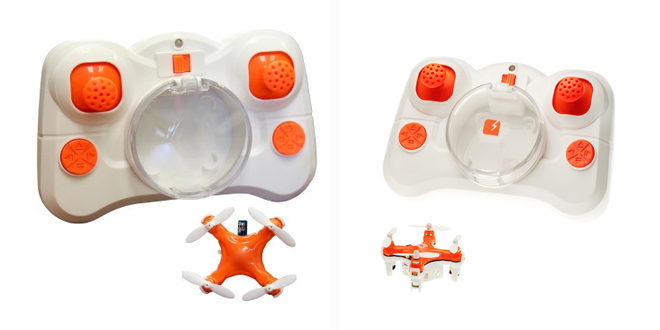 As drones popularity increases day by day, we are all prone to wanting to control a flying gadget, which also allows us to film HD videos of our surroundings. This filming feature has been highly criticized by the masses as it can invade private spaces, but still they are so cool. They might be any geeks dream, but they are also hard to control. For beginner drone pilots, it might be a great idea to start small, with a toy. If you are willing to go to the lengths of trying a cheaper, smaller drone that will guide you through the process of drone piloting, without having to consider the fact that you might hurt someone or crush your expensive drone, why not try out the world’s smallest drone?

As a matter of fact, while searching for the world’s smallest drone, I’ve stumbled upon two strikingly similar drones that might compete to win your favor. There are more than two options on the market when it comes to tiny drones, but Axis Drones AERIUS and TRNDlabs SKEYE Pico Drone are both highly performant drones that say they are the world’s smallest.

When it comes to price they are both in the range of $35-$45, so they are seemingly cheap and various offers and discounts make them even more affordable. But when it comes to design they look the same. At first I thought I was researching the same drones under different names, that’s how much they look alike. The only remarkable difference in terms of design is that the SKEYE Pico drone has a flash icon printed on its body. I would have expected the controller to be different but it also looks the same. While the SKEYE Pico Drone is only available in orange, the AERIUS drone comes in four colors: orange, black, blue and green. Both tiny drones have built-in LEDs that make the drones flyable at night. 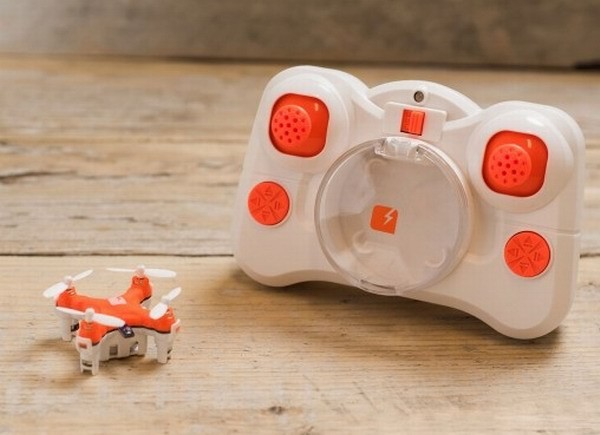 As for their specifications, both drones have an impressive flying speed and are stabled and centered by a 6-Axis Gyro-Stabilization feature. With TRNDlabs SKEYE Pico Drone you can simply flip, dive or hover as it can be easily controlled. The SKEYE Pico Drone has three levels of sensitivity for beginners, mid-levelers and a headless mode. Also, one of its most attractive feature is the Ready to Fly Technology that allows you to start piloting your small drone by only throwing it in the air. On the other side, the Axis Drones AERIUS, The NEW World’s Smallest Quadcopter has two levels of sensitivity, from which one is the headless mode for beginners. The AERIUS drone has a 360 degree rotational yaw that helps users with orientation and also a pre-programed “Trick-Mode” that provides amazing flips and rolls.

It all comes down to their batteries and how much flight time the tiny drones can assure. Both drones are equipped with 3.7V, 80 mAh batteries, but the companies promise two different flight and charging times. While the AERIUS drone can fly for 5-7 minutes and gets charged in 15 minutes, The SKEYE Pico Drone promises 7-8 minutes of flight and gets charged in almost 30 minutes. Mainly they have similar flying times, but the AERIUS gets charged faster which offers an advantage. As for their packages they both come with the charging USB cable, the user guide and 4 rotor blades replacements. 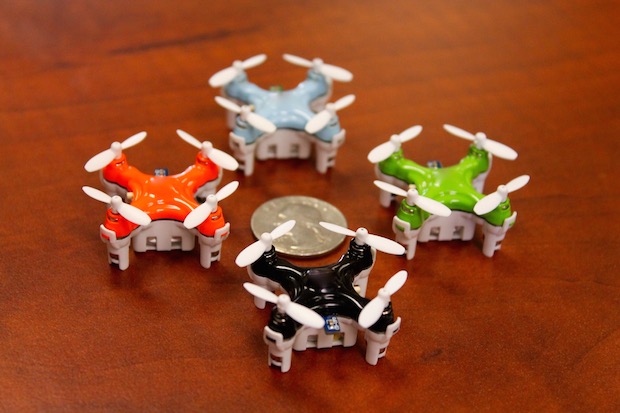 As a conclusion, both drones are similar and attractive whether you want to start practicing your drone piloting skills or simply want to give your children the best toy they ever had. I am leaning towards the AERIUS drone, because it charges faster and it is a little bit more customizable as it comes in 4 colors, but that SKEYE Pico Drone ready to fly feature sure does sound attractive. As for the world’s smallest drone, at the moment SKEYE Pico Drone takes the prize.