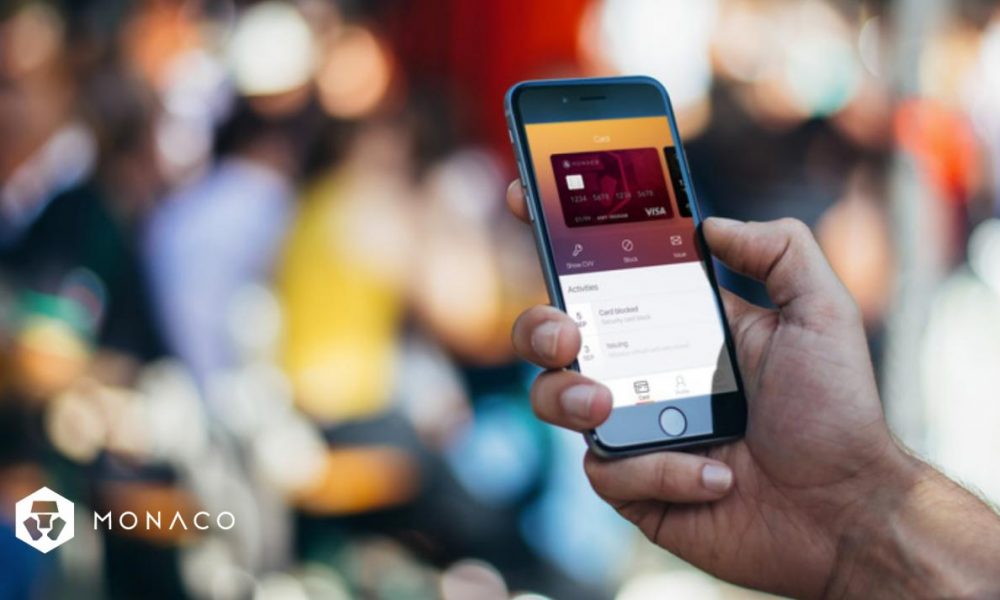 Cryptocurrencies have a lot going for them. They can be excellent investments and have been used as the jumping off point for a number of start ups. Yet, cryptocurrencies are not very practical for everyday use, you can buy them but it is frustratingly difficult to spend them, essentially locking your fiat currency in the tokens.  This is where Monaco step in with a novel solution, the Monaco Card.

The Monaco Card is a pretty unique concept. It is a VISA debit card that is aimed at people who have Bitcoin and Ether or spend a lot of money in foreign currency. First you’ll have to sign up to the Card’s app. Then you will be sent a free Visa powered Monaco Card. This card will function exactally like a normal Visa when used at shops and pretty much any location should accept it.

What separates the Monaco Card from an ordinary credit or debit card is the fact that it allows you to spend a small portion Ethereum and Bitcoin in real time when you use your card. The card will withdraw only the amount you need for your purchase and the rest will rest safely in your wallet. Monaco estimates that this could save users around 30-40 Euro on every 500 Euro exchanged, when compared to high street banks.

The Monaco Card will be controlled by the app, which will let you trade currency, access your wallet and top up the card – Credit Monaco Card Whitepaper

Monaco envisage their card being particularly useful for people who travel or use foreign currency regularly. Rather than relying on fee laden currency exchanges or relying upon their bank the Monaco Card could let them use a single card wherever they go, for a smaller fee. In fact they estimate that their fee will be 0.5% cheaper than using the already affordable Transferwise.

If a Monaco Card holder wants to buy something, Monaco’s server will first convert the local currency into USD and then attempt to find the best exchange rate between their chosen cryptocurrency (Bitcoin or Ethereum). Monaco covers the conversion to USD and the user pays a 1% fee on their transaction. This fee will be returned to Monaco and held in a smart contract. The rights to which will be given to community members who hold MCO tokens and the money should feed back to them.

The Monaco card began is funded using an Initial Coin Offerings rather than through traditional investment. Fund raising began on the 18th of May and it has already surpassed its first funding goal of 5000 Ethereum tokens. Like many other Initial coin offerings, they are accepting investment in Ethereum and in return investors will get a slice of the 1% fee mentioned earlier.

As someone who has regularly deals with the realities of using multiple currencies I believe that the Monaco Card has real potential. While it is still in its early stages I’m cautiously optimistic and think this is one to watch, or if you are brave, one to back.

Zach RileyNovember 5, 2022
Read More
Ethereum’s growth seems unstoppable, does it have the potential to supplant Bitcoin?
Xbox Re-brands Its Streaming Service Into Mixer