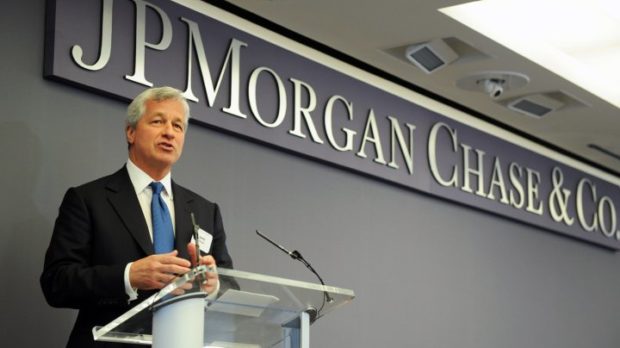 JP Morgan boss Jamie Dimon has ruffled a lot of feathers this week. Mr Dimon claimed that Bitcoin is a fraud that will ultimately blow up. There is just one little problem with Mr Dimon’s assertion. To find out why we need to go on a trip to the long pastimes of 2013, where Mr Dimon and JP Morgan attempted to set up their own Bitcoin rival.

Mr Dimon’s concerns are strange considering that in 2013 JPMorgan attempted to file a patent for a currency that strongly resembled Bitcoin. After all, he believes that cryptocurrencies are only viable if you are “in Venezuela or Ecuador or North Korea or a bunch of parts like that” or are “a drug dealer, a murderer, stuff like that”. It seems very odd for an upstanding financial institution like JP Morgan to want to corner the Venezuelan drug dealer market. If Bitcoin is a fraud, then surely his own idea was no better?

To be fair to Mr Dimon and JP Morgan they weren’t entirely copying Bitcoin. They simply wanted to make a system where users could make anonymous online transactions without a fee using ‘virtual cash’ that would sit in an ‘online wallet. So nothing like Bitcoin or any other  cryptocurrency at all.

It is in Mr Dimon’s interests for Bitcoin and other cryptocurrencies to fail. They risk undermining the ability of financial institutions to retain customers and make money. Especially if currencies they have no control over come to dominate the market, forcing big banks to compete on a relatively equal playing field.

Despite his motives Mr Dimon does have some legitimate concerns

There are many aspects of the cryptocurrency market that could pose problems for the market in the future. They key problem will be lack of regulation over how currencies operate. If Bitcoin and other cryptocurrencies are ever going to get a real mainstream appeal they will need to be accepted by Governments. This will mean regulation. The problem for the currencies is that even the hint of regulation can spark mass selloffs.

There are also concerns over investor protection and security. Ethereum was forced to fork due to potential vulnerabilities and Korean hackers are currently targeting Bitcoin exchanges. If there are security breaches then users are at risk of losing their entire investment with little or no recourse to recover any of their funds.

Many of these weaknesses can and are being dealt with over time. It should also be remembered that cryptocurrencies are still fairly new technology. There will be a number of experiments, some of which will do well and some of which will fail.

No matter how much Mr Dimon claims that Bitcoin is a fraud it is not so different from any other form of investment at the end of the day. If you don’t invest more than you are able or content to lose then you will not face any problems.

Zach RileyJanuary 30, 2023
Read More
Scroll for more
Tap
You can Sue EQUIFAX if your Information has been Leaked.
EQUIFAX hired a Music Major as a Chief of Security