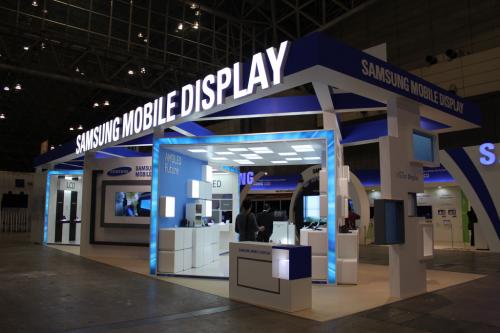 A new rumor involving Apple and Samsung sparked interest in the iOS community about the future design and features of the iPhone 7. Apple is apparently in talks with Samsung’s display technology department for a possible supply of Super AMOLED screens for future iPhones. If the deal is confirmed and it goes through, we might see the iPhone 7 giving up the much-appreciated IPS LED-backlit displays we’ve been used to in favor of the brighter, yet less immersive, Super AMOLED panels.

The report about a possible Apple-Samsung partnership comes from reputable KGI analyst Ming-Chi Kuo, who has previously predicted similar things about the iPhone 6 and iPhone 6S development processes accurately. According to Kuo, the partnership being discussed between Samsung Display and Apple would impact iPhones launched in two years from now only. They motivate their report by saying that current partners supplying LCD panels to Apple are still scrambling with orders piling up from the company.

Although it would be interesting to see the iPhone 7 sport an entirely different display (that would impact battery life in a good way) from Samsung, analysts agree that it is unlikely to happen. The two companies are known to work together on occasion, although there have been some quarrels between them recently. Some say that if Apple adopts the new display tech in the iPhone 7 or even later, the entire ecosystem of the display industry would change once more. Not that AMOLED display haven’t been pretty much the norm in high-end devices lately…

Unfortunately, there’s little to no official information available about the deals between Samsung and Apple or about the development process of the iPhone 7. Its features are only rumors at this point, however interest in the smartphone seems to be increasing by the day. Despite the iPhone 6S family still being fresh on the market, the pursuit of innovation can’t stop and Apple is most likely already in the process of designing the new handset. The iPhone 7 release date is pegged for September or October 2016, continuing the already set release cycle Apple  has been following throughout the past few years. Until then, more info about iPhone 7 design, specs, price and manufacturing partners should come to light. We will keep you updated if anything worthwhile comes around.