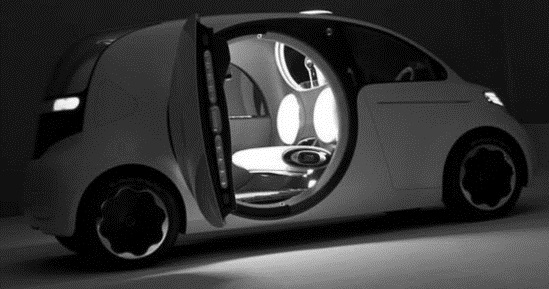 Google Car has seen more development and more improvement in the past year than all the time spent researching combined beforehand and stands as testament to Google’s newfound affinity for autonomous self-driving cars. With the announcement of a new CEO, John Krafcik, taking one of the most important positions in the Google ecosystem this month, Google Car has reached a new milestone in its development and innovation.

The appointment of John Krafcik, a veteran when it comes to horsepower, comes as a new push towards public availability and most likely aims to bump up the release date of the self-driving car by at least a few months. People have been looking forward to the Google Car after seeing the great progress the Mountain View giant has made and some of our readers have confessed that their next major purchase in life will be the Google Car, for which they’re saving up.

The Google Car price is uncertain, as we don’t know exactly how the final model of the self-driving vehicle will look like or what features it will boast with. We do know however that it is going to be an electric vehicle with a long autonomy, which means we are expecting an initial price of quite a few thousand dollars. Since Google is only in the prototype stage with its own Google Car, we do expect the final version release date to come around in about 4 years time.

Until the first Google Car, the first completely autonomous vehicle, comes around, Google’s joint ventures with other automotive companies will most likely bring to market more semi-autonomous smart cars. The addition of the skilled new CEO will only speed things up and industry voices think we might see the first self-driving Google Car earlier than expected, putting its release date sometime in 2018, well before the estimated date.

Google is building and engineering prototypes in Livonia, readying them for public roads of Cali, where it will be test-driving all of the models. Austin and Moutain View, California are the two main HQs for test-driving the Google Car, but the self-driving vehicle will soon be all around the states in test drives as the tech giant tries to improve voice guidance, GPS features, navigational controls, motion sensing and environmental perception of the vehicle.

Although we’re still a long way from a fully autonomous Google Car, the changes within Google’s Self-driving Car Project point towards an acceleration in development and towards the confidence that Google already has in its new product. It seems like the company has things on point and going according to plan, but until we find out more, we can only imagine how the world will be with self-driving cars improving travel, safety and comfort.