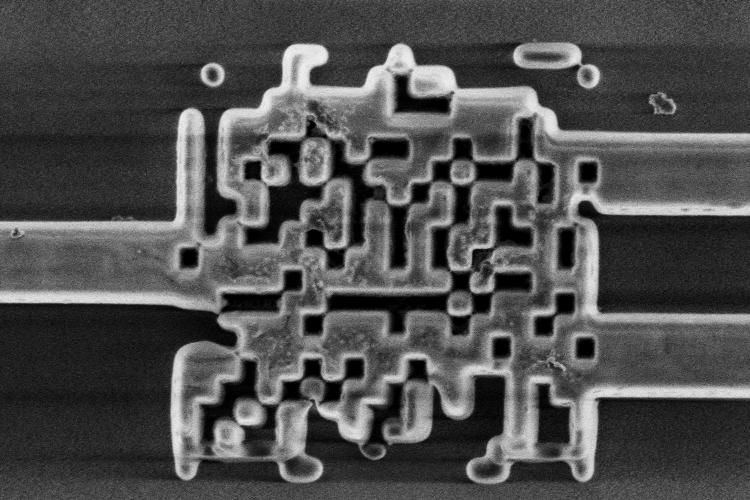 Stretching thousands of miles beneath the oceans, optical cables allow the information to be delivered around the world in a split second, at light-speed, using optical-fiber technology. In 2011, US scientists created the first silicon photonic chips, the next generation in computer-chip technology. Back then, they have developed a new way to isolate light on a photonic chip, and to make the transition from regular electronic chips to photonic chips and lightspeed computers.

Today, scientists from the University of Utah have come up with the smallest ever “ultracompact polarisation beamsplitter”, a tiny device that has the ability to transport information through two separate light waves. “Light is the fastest thing you can use to transmit information, but that information has to be converted to electrons when it comes into your laptop. In that conversion, you’re slowing things down. The vision is to do everything in light,” said Professor Rajesh Menon, University of Utah researcher.

By using a photonic chip (not yet commercially available), there is no conversion from photon to electron, in your personal electronic device. This means much faster transfer speeds and no heating for your laptop, less power required and longer battery life for your cell phone, in other words, lightspeed computers.

Thanks to a new algorithm, Menon and his team developed a new type of beamsplitter, much smaller than current ones. At just 2.4 by 2.4 microns, it can be placed on a silicon chip and then split the guided light beams into two separate channels of information. Previous beamsplitters were 100 by 100 microns and took longer time to operate. At those tiny sizes, the researchers can then install millions of these devices on a chip, to give it superpowers.

The new technology will also be implemented on almost all everyday electronic, or should I say photonic devices. “The first supercomputers using silicon photonics – already under development at companies such as Intel and IBM – will use hybrid processors that remain partly electronic,” added Menon. The researcher believes the new lightspeed computers’ beamsplitter could be used in about three years on your personal computer.”With all light, computing can eventually be millions of times faster,” concluded Menon.

Professor Rajesh Menon and colleagues published their invention in the journal Nature Photonics.