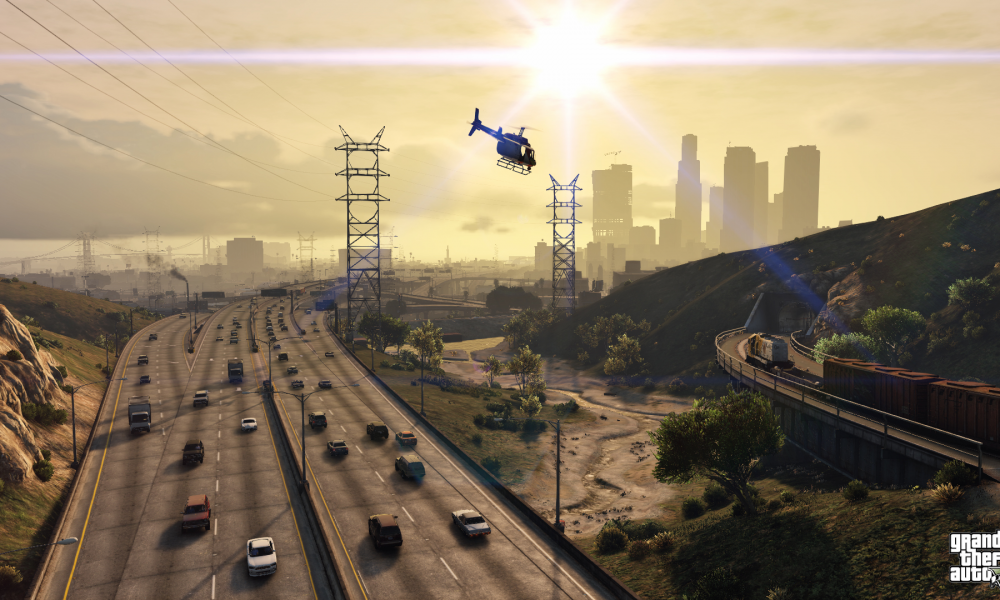 Grand Theft Auto V is generally considered a masterpiece of a game. With near perfect critical reviews and a fanbase that continues to grow even years after release, there’s no doubt that developer Rockstar created a really solid game with a thriving online community. It seems that the influence of Grand Theft Auto V is extending beyond a simple video game, however, as the environment of Los Santos is being used in scientific simulations to improve the performance of the next wave of driverless cars.

Princeton Professor Alain Kornhauser has praised the rich and complex traffic environment of Grand Theft Auto V, saying it’s “the richest virtual environment that we could extract data from.”

Though it may seem strange to use a video game environment to test real world software, the world of Los Santos is very complex and reflects the high amount of variables driverless cars would run into on the road in real life. With unpredictable pedestrians, a wide range and design of roads, varying locations of traffic signals, and over 14 types of weather, Grand Theft Auto V provides an environment that can push driverless car software to its limits.

Grand Theft Auto V is especially useful to researchers, as the sandbox environment allows them to run simulations over and over again thousands of time – a feat that’s easier said than done when it comes to the real world. While real world tests will obviously have to follow, a complex video game environment is a great first line test for driverless cars that have to be able to react to a dynamic and unpredictable environment.

The application of Grand Theft Auto V to scientific pursuits is extremely exciting, as gamers have also struggled to get the main stream to accept the legitimacy of video games as an art form and an extreme technological accomplishments. Many outside the gaming community have no idea how far video games have come from the days of the NES, and many cutting edge advancements in how we can push computers to the limits have come out of programming for video games.

With how huge the idea of driverless cars are becoming in the world of science and transportation, it’s cool that such a great game and studio will get some attention from those who may have had no reason to pick up such a rewarding and interesting hobby that continues to grow and innovate.

Saul BowdenMay 8, 2017
Read More
Runescape Subscription Free For One Month With Twitch Prime Promotion
Protect the Payload as Overwatch’s Genji in the Hanamura Map, Coming Soon to Heroes of the Storm