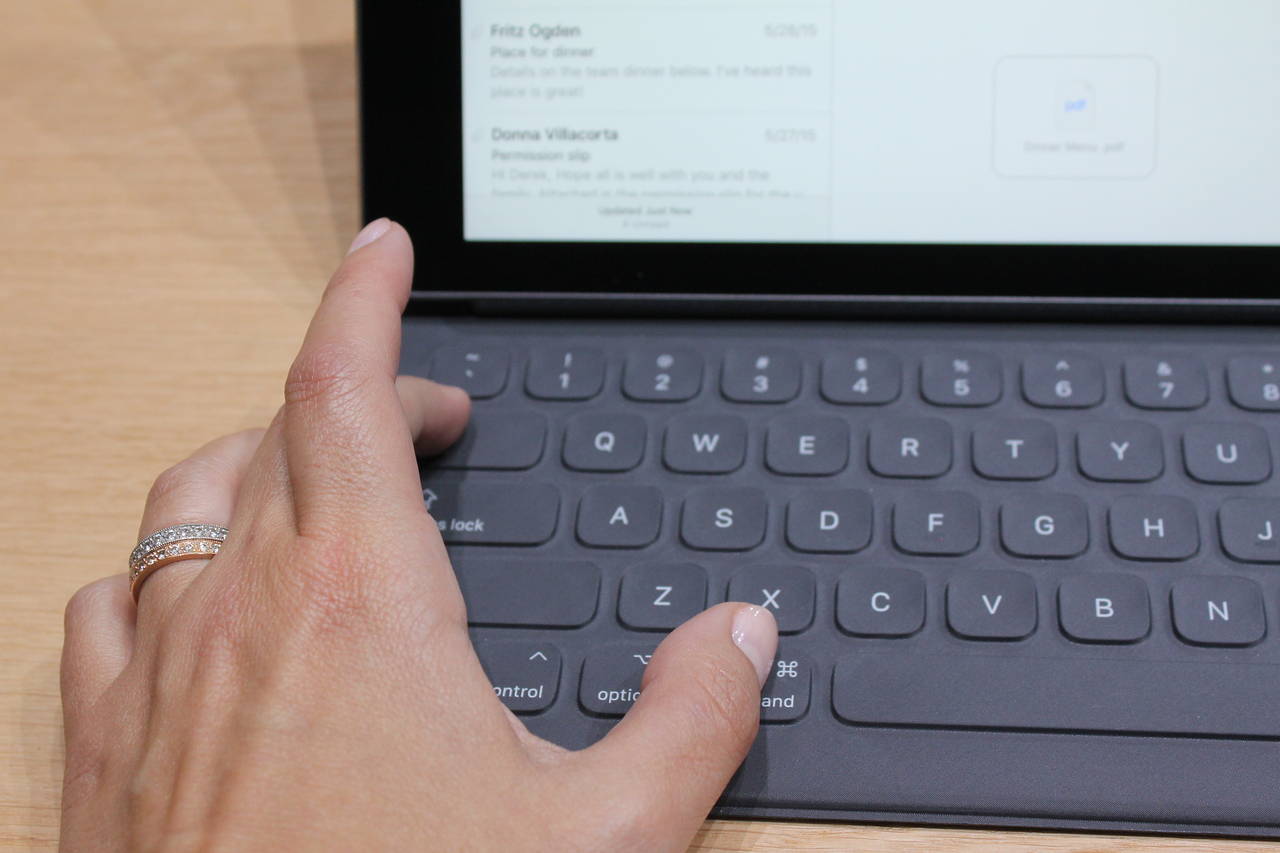 Yesterday, Apple held a massive launch event to which everyone was looking forward to anxiously because of rumors of a new iPhone 7, iPad Pro, iPad Mini 4 and a couple of surprises many of us didn’t know about. Needless to say, the Apple event of yesterday was not as special as many would have thought, even though the Cupertino-based company introduced yet another set of entirely new products. Apple launched the brand new iPad Pro, the Apple Pencil and of course, a Smart Keyboard and a new family of iPhone 6S devices.

With the iPad Pro launch, Apple made something strikingly clear: beware Microsoft. Microsoft’s Surface Pro line-up of devices is exactly what Apple is targeting, and with that, power users who like the portability and versatility of hybrid devices. It’s kind of an under-the-belt move, as some might say, seeing as Microsoft pioneered the use of hybrids in enterprise and office environments with the same type of accessories that the iPad Pro was launched with. 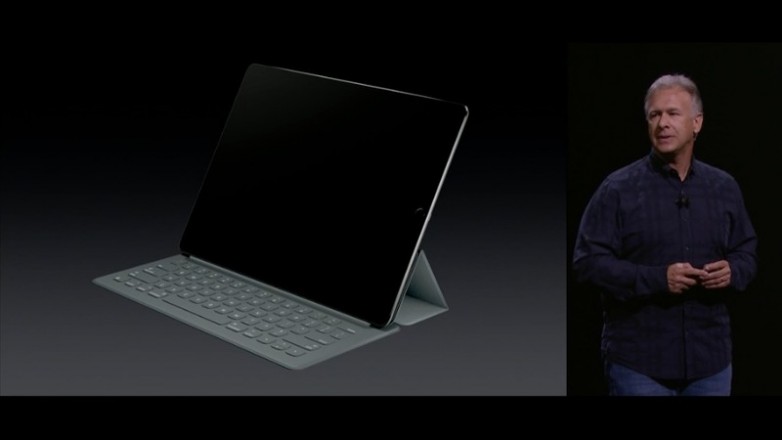 Clearly, Apple is trying to prevent the upcoming Surface Pro 4 from taking iPad customers away with their new, novelty iPad Pro, but fact of the matter is, Apple doesn’t know what the Microsoft Surface Pro 4 will bring to the table. Prevention is always good, and while we’re confident Apple engineers are educated on the matters of Microsoft hardware development, accurately guessing what a massive company like Microsoft has up its sleeves is nearly impossible.

With that in mind, I thought it would be interesting if we would compare what we know about the Microsoft Surface Pro 4 so far, from rumors, leaks and speculation with the newly released iPad Pro. One thing we should note: specs of the iPad Pro are not completely final and official as Apple still needs to fill out the tech specs page for the device. Some of the specs, such as the RAM amount of iPad Pro, are not entirely confirmed, so keep that in mind. With that being said, let’s see what the chances of the Surface Pro 4 will be in the face of the iPad Pro.

When it comes to design, Apple has their own recipe and they stuck to it when designing the iPad Pro: all-metal, thin as paper, lightweight and premium. That’s the standard that Apple is following and their attention to detail and high-quality materials is evident in the build of the iPad Pro. The hybrid slate’s main element is of course high-grade aluminum, which encases the entire hardware of the device, including the battery. The tablet itself measures only 6.9 mm in thickness, which makes it incredibly thin. The tablet weighs around 700 grams, with a little extra on the cellular model. That’s pretty heavy for such a thin tablet, but it actually matches.

The iPad Pro looks and feels premium and the heft of it is definitely a pleasant experience, at least for me. Others say the tablet is too large for the use-cases it targets, while others like the new almost 13-inch dimensions of the slate. Some say that working with the tablet with one hand is cumbersome and hard and there are few use-cases for such a large tablet. But the iPad Pro isn’t really a tablet, is? It’s a Surface Pro, from Apple. Its main purpose is to replace two devices: the tablet and the notebook, but we doubt that the first generation of the iPad Pro can actually do that.

As is with the Apple Watch, the first generation iPad Pro doesn’t nail everything down to perfection, as early reviews and first impressions point out a couple of faults that could have been avoided. Also, the fact that the iPad Pro is strikingly similar to Microsoft’s Surface Pro line-up of devices is not sitting well with people, many saying that the iPad Pro is a rip-off. To be fair, it’s not in the slightest, but it isn’t as much of a novelty as many would have liked it to be.

Although its design is pretty neat, ultimately, the iPad Pro is too big for a tablet. That leaves it in the noteboook category, but the fact that the tablet itself is pricey and with not enough storage, with accessories sold separately might not mix well with customers who want a comprehensive device for an at least accessible price. In the end, the iPad Pro can’t prove its might just based on first impressions, so we’re curious about the upcoming reviews.

With the iPad Pro, Apple introduced two entirely new accessories that the company has been working on for the past year: the Apple Pencil and the Apple Smart Keyboard. Both these accessories are very similar to the ones Microsoft sells with its Surface Pro 3 tablets, but they are, in the end different. The Apple Pencil is more geared towards 3D graphics artists and artists in general, with accurate pointers, eraser, a seamless connection via a hidden Lightning port for pairing and charging. The Apple Pencil features include pressure sensor and the stylus can actually sense whether you are tilting or sliding the pencil on the dispay and produce results accordingly.

The Apple Pencil is not the same as the styli that come with Surface Pro products, as it’s not geared especially for note-taking or writing. Instead, the Apple Pencil is made for graphic designers and 3D artists especially, which is why the stylus is not a necessary investment with the iPad Pro. The Apple Pencil price is set at $99, which is quite a lot, but considering that high-end Wacom styli made for the same purposes are even more expensive, the pricing is not that bad. 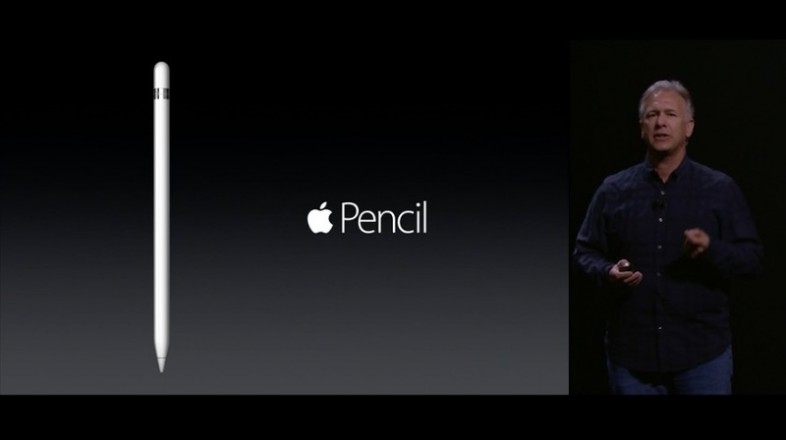 Moreover, the iPad Pro got its own Smart Keyboard, too, which is yet again very similar to the Surface Pro 3’s Type Cover. Unfortunately it’s not better, but it is innovative. The Smart Keyboard uses dedicated magnetic port called the Smart Connector, which can deliver both data and power from the tablet to the keyboard, thus making pairing via Bluetooth or anything else unnecessary. The magnetic keyboard is covered with a textile material and has pretty clicky keys, being a full-size keyboard. Unfortunately, the keyboard doesn’t come with the flexible stand the Microsoft Surface Pro 3 Type Cover comes with, which means you can only place the iPad Pro in one angle, which is a bit counter-intuitive for the purpose of the keyboard’s kickstand.

Logitech is also releasing an iPad Pro keyboard called Create, although availability and pricing for that one is not yet official. The iPad Pro Smart Keyboard price is a whopping $180. Neither the Apple Pencil or the Smart Keyboard are available for any other device than the iPad Pro, which is annoying. 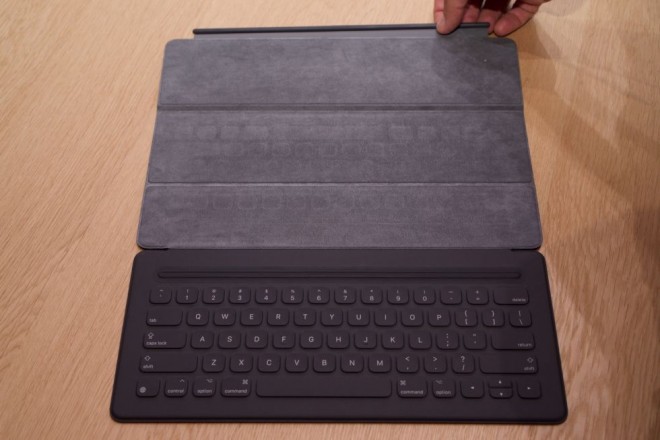 First off, the Surface Pro 4 will most likely come in two sizes and both sizes will be thinner than last year’s models. Microsoft is most likely going to make the tablets as light as possible and as thin as possible, which might be facilitated by the rumored hardware choice of fanless processors. At the same time, the tablet itself might shrink when it comes to bezel sizes, even though the previous model was pretty comfortable to use. As with the iPad Pro, the Surface Pro 4 probably won’t be the most comfortable to use one-handed because of its sheer size. 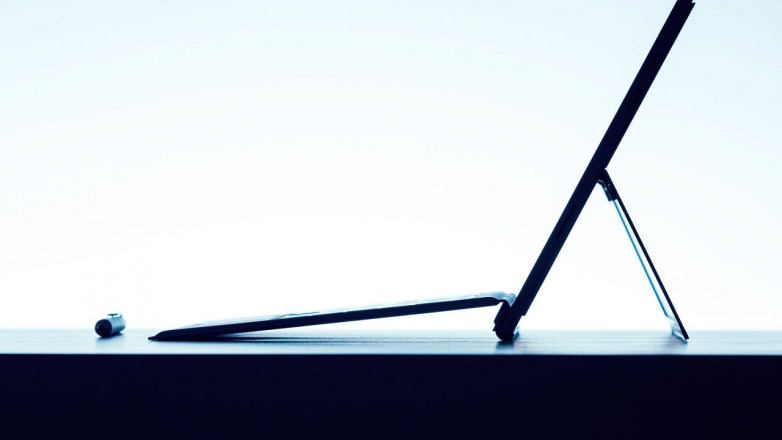 Otherwise, we don’t expect much to change about the Surface Pro 4, because the 3 really nailed the design. If a fanless design is adopted and a bigger battery used, then we might see a slightly different design, with a different back panel maybe, but we’re not expecting much on that front. There’s only so much you can design when it comes to essentially a touchscreen with ports, so most people will be happy no matter how the Surface Pro 4 looks.

The iPad Pro display is of course a Retina display with QHD resolution that almost hits 300 ppi pixel density. The display of the tablet is impressively bright and sharp, meeting most expectations of Apple fans when it comes to tablets. Although an iPad Air 3 would have been interesting, the iPad Pro does away with many of the things that the iPad Air and iPad Mini 3 didn’t do well. The iPad Pro display measures 12.9 inches and the bezels surrounding it are surprisingly thin, which is a welcome element in its design. The resolution is at 2048 x 2732 pixels on an LED-backlit IPS panel. Speaking of backlit, the keyboard isn’t, which is a bummer.

The display of the iPad Pro is as good as expected and there probably won’t be any complaints about that. The crisp, sharp viewing angles and the accurate and comfortable touchscreen make the user experience pretty neat. Palm rejection is quite advanced when it comes to using the Apple Pen in conjunction with the iPad Pro, which could make our lives much easier when drawing or sketching on such a large device that doesn’t really leave room for a lot of mobility. 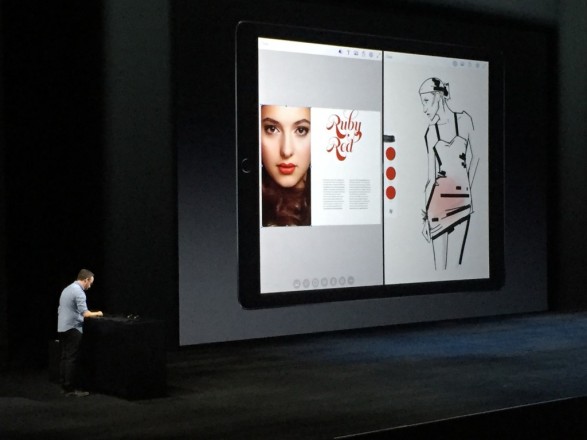 The Microsoft Surface Pro 4 will most likely sport a similar display, but the device will also be available in two different variants. The smaller Surface Pro 4 display will most likely measure 12 inches while the larger model will measure 14 inches. Rumors mostly settle on a QHD resolution, but there are whispers and hopes out there about a 4K display. Personally, I don’t think a 4K display is necessary on a device that’s made with productivity in mind because it would eat up a lot of the battery life and it could even negatively impact performance.

Although many people said that the iPad Pro would sport 3D touch aka Force Touch, that didn’t happen, and it’s good that it didn’t. The fact that the iPad Pro is going to be launched with a stylus accessory makes the need for 3D touch minimal, as most of the things that 3D touch helps out the stylus does perfectly. Moreover, 3D touch could end up bothering more than helping on such a large screen. 3D touch is there on the brand new iPhone 6S and iPhone 6S Plus and it’s great on a small display, but I don’t think it would be particularly useful on such a large display.