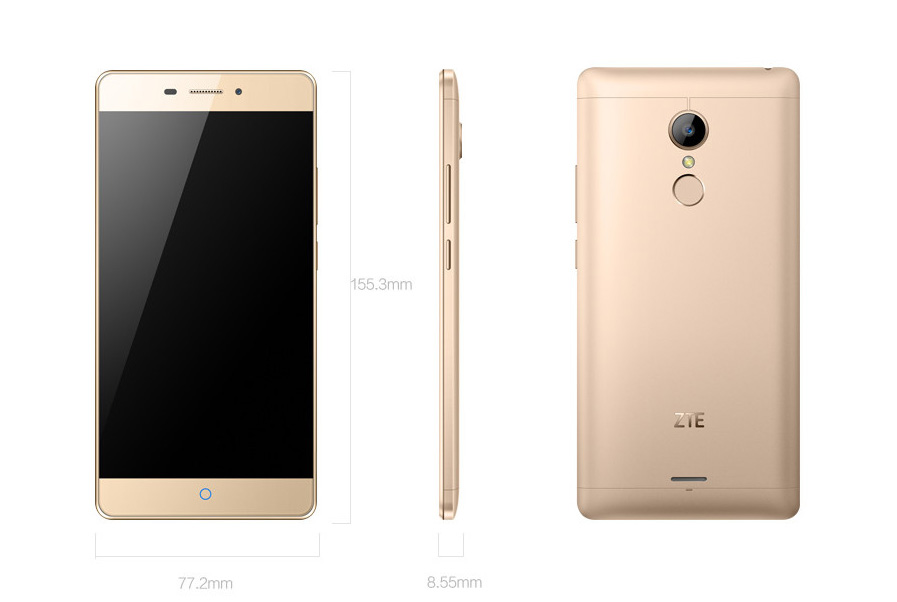 ZTE has been stirring up quite some hype with their new phones in the past year, and their most recent release, the ZTE V5 3 is now finally official. The ZTE V5 is just as interesting as other handsets from the company, and of course, it’s just as cheap. Although not the cheapest in the bunch, the ZTE V5 3 does have numerous features and an affordable price that still keep the handset in the visor of those with a low budget, too. The ZTE V5 3 aims to be a flagship device with features that can rival with those of mainstream phones from Samsung, Apple, Microsoft and others. Whether it will be able to actually defeat either one of those is still a mystery at the moment.

The ZTE V5 3 is now available on GearBest for $200, including free shipping, so you can check that out while you’re at it. Even though it is marketed as a flagship device, the ZTE V5 3 is actually closer to the mid-range genre, judging by the hardware that it touts. There’s a Snapdragon 615 CPU on board, backed by 2 GB RAM, Android 5.1 Lollipop and 16 GB internal storage. 4G LTE are part of the deal, which means connectivity is on fleek with this handset. For the price, these specs are pretty impressive, as other devices with the same CPU can cost more than $400 a pop unlocked. The ZTE V5 3 costs half that, and it’s unlocked, so we can safely say it’s a good bargain. 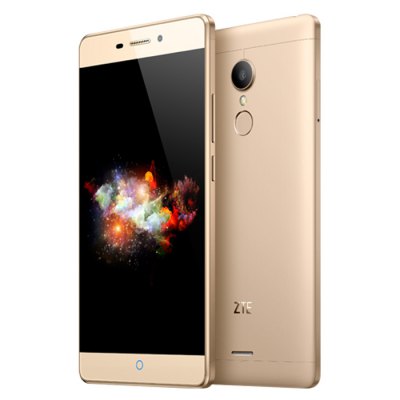 Besides the strong hardware, the ZTE V5 3 also boasts with a large screen that can compete with that of the iPhone 6 Plus: 5.5 inch FHD display with a 401 ppi pixel density – the same as the Apple flagship of last year. Brightness and viewing angles are great and the resolution is ideal for any type of user. Although a 5.5-inch display might seem too large for some people, there are many smartphone enthusiasts out there who love the form factor and will appreciate the thin and light body of the ZTE V5 3 alongside it.

The metal design of the ZTE V5 3 adds considerable appeal to the phone’s design, and while it does resemble certain other devices on the market, it keeps its uniqueness with the fingerprint sensor placed under the camera as well as with the small, blue, capacitative home button that acts as a color-blocking element in the design of the handset. I personally like the way it looks, but those who prefer rounded-out smartphones might be put off at first by the sharp edges of the phone.

The camera setup is impressive on paper, as the ZTE V5 3 comes with a 13 MP camera on the rear, complete with flash and autofocus and a 5 MP wide-angle camera on the front, for perfect group selfies. The package is completed by a huge 3000 mAh battery and two SIM card slots, one of which doubles as a microSD card slot.

Although the ZTE V5 3 is not a flashy smartphone, it certainly makes some valid points and beats the competition when it comes to bang for buck. At $200, the high-end hardware and the premium design make this handset pretty desirable, at least in its league. While it doesn’t have too many special features, aside from that fingerprint sensor, it does have a balanced body with a balanced software and user experience, and that’s definitely worth a try.