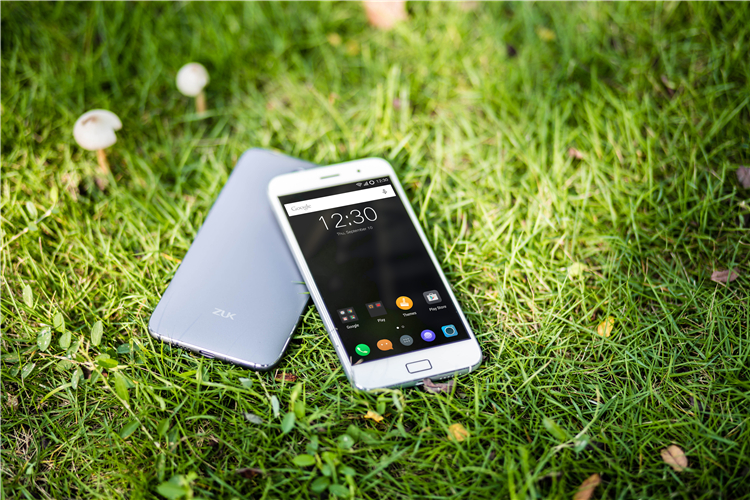 The Lenovo Zuk Z1 is one of the most interesting and more recent smartphones from the parent company of Motorola. Lenovo hasn’t had much success in the smartphone industry on an international level, but the company is trying new things and improving their smartphone department. The latest of such improvements is the Lenovo Zuk Z1, which is a mid-range smartphone outfitted with high-end hardware and future-proof features. The international Zuk Z1 is now available for purchase at CooliCool, where you can get it for only $280 if you purchase today. The phone will be back at its original price by tomorrow, so hurry up while there are still a few left in stock.

Lenovo’s Zuk Z1 is an interesting new smartphone harboring hardware that we are already familiar with and love. The Zuk Z1 design is inspired by the industry’s newfound love for industrial design and thus sports thin bezels on the sides, symmetrical bezels on the top and bottom and a sleek, grainy polycarbonate finish. The handset comes with a lot of the features Android lovers have been missing: USB Type C support, CyanogenMod 12.1, a massive 4100 mAh battery, and an affordable price tag. The Zuk Z1 has made waves on Android forums and discussion panels because CyanogenMod has been missed this summer.

The Zuk Z1 specs include a Snapdragon 801 CPU, 3 GB RAM, 64 GB internal storage and everything is based on Android 5.1.1 Lollipop. The customization options that CyanogenMod offers are among the neatest features of this phone and most of the people disappointed in recent smartphone releases (OnePlus 2, Galaxy S6, etc) that can’t wait for the OnePlus X (which will have similar specifications) can check out the Zuk Z1 for an experience that’s fit for power users.

The Zuk Z1 is a future-proof phone with a 5.5-inch FHD display that looks and feels wonderful, thanks to the accented, slim design. The handset features 4G LTE and comes with a 13 MP camera on the rear with optical image stabilization, autofocus and LED flash, an 8 MP camera on the front, a fingerprint sensor embedded in the home button of the device and it also features quick charging support. With dual-SIM capabilities and all the performance a power user would need, the Zuk Z1 is one hell of a device.

If you’re looking for a Cyanogen experience but are wary of installing the ROM yourself, the ZUK Z1 is a great option. Seeing as how OnePlus no longer serves up Cyanogen ROMs, Lenovo is offering those disappointed by this decision a pretty good alternative. Considering its sub-$300 price tag and impressive features, the Zuk Z1 might end up being the real 2016 flagship killer. That would be a rather embarrassing blow for OnePlus, though.

Aaron GreenbaumNovember 16, 2017
Read More
Scroll for more
Tap
Project X Zone To Be Available For A Reduced Price This Week On The European 3DS eShop
Massive Nexus 6 deal – $290 unlocked over at eBay