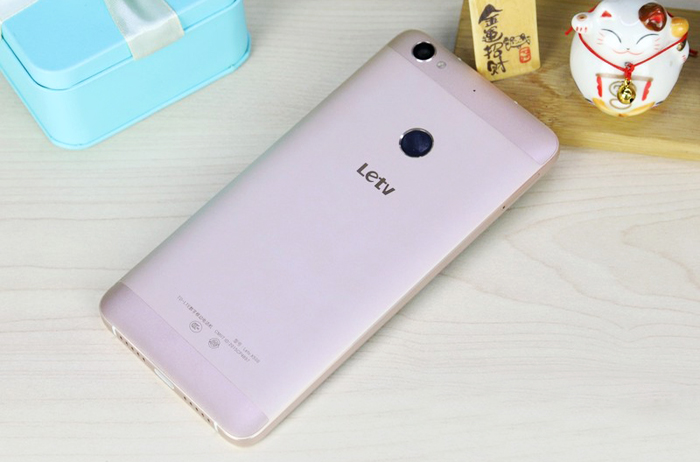 Chinese companies are racing towards international recognition and are making waves in the smartphone industry with their affordable launches. One of the most recent launches out of the country comes in the form of the Letv S1 bezel-less smartphone, the company’s flagship device for 2015. The Letv 1S is a bezel-less phablet that aims to impress with its metallic design, high-end specs and unique user interface, not to mention its affordable price. The golden Letv 1S price is $205, while the silver model of the same handset costs $225, both available for pre-order on Everbuying.

The Letv S1 boasts with a bezel-less design, which is probably the most attractive feature this handset family has. The company put a lot of emphasis on premium design and followed familiar design aesthetics which have become popular on the international market. Chamfered edges, a bezel-less screen with virtually invisible sides, minimalist design with slight variations on the back of the handset and a metallic finish that is reminiscent of Space Gray and Rose Gold.

The silver and gold variants of the bezel-less Letv S1 reflect a tendency to use cheaper designs that still use premium materials and provide durability for the phone. At the same time, the metallic elements keep the phone looking appealing and premium, but don’t raise the price of the handset too high. The Letv S1 emphasizes all these small tweaks that improve design, but also presents the user with a balanced smartphone that instead of being flashy, offers important features that Android users want and like.

Under the hood, the Letv S1 bezel-less handset features the same hardware in both available models. An octa-core 64bit Mediatek MTK6795 CPU is the main source of processing power, backed by 3 GB RAM and 32 GB internal storage, with a microSD card slot available for storage expansion. The handset will be delivered with Android 5.1 Lollipop on board, sporting Letv’s own custom ROM on top, called eui, which is at version 5.5 and offers a customizable user interface with a minimalist, yet colorful design.

Although a QuadHD display is not included in this bezel-less beast, the 5.5-inch IPS panel still has high FHD resolution at 1080*1920, which is more than comfortable. The handset comes with a 13 MP camera on the rear and a 5 MP one on the front, featuring HDR, face detection, autofocus, touch focus and flash on the rear. The whole shebang is topped off with 4G LTE and a beefy 3000 mAh battery inside. Sounds pretty neat and dandy for a bezel-less Android phone, right?